Keeping track of Azealia Banks’ feuds with celebrities is a full-time job, what with bizarre claims about tussles with Russell Crowe, Kanye West and Rihanna (among others) that have led her to be banned by Twitter and other social media platforms.

One platform that has yet to ban her is Instagram, and it was on Instagram Stories that the controversial rapper recounted visiting the home of billionaire Tesla founder Elon Musk and his girlfriend, Canadian EDM artist Grimes, to spend the weekend.

According to Banks (via screenshots shared on Twitter), her visit to the Musk mansion was a disaster.

Azealia Banks exposing Elon Musk for tweeting while on Acid.. while she was waiting for Grimes at her home … whewwww lord 😳 pic.twitter.com/i9BXWWrLAD

“Staying at Elon Musk’s house has been like a real like [sic] episode of ‘Get Out’,” she wrote, comparing her visit to Jordan Peele’s racially charged horror movie. 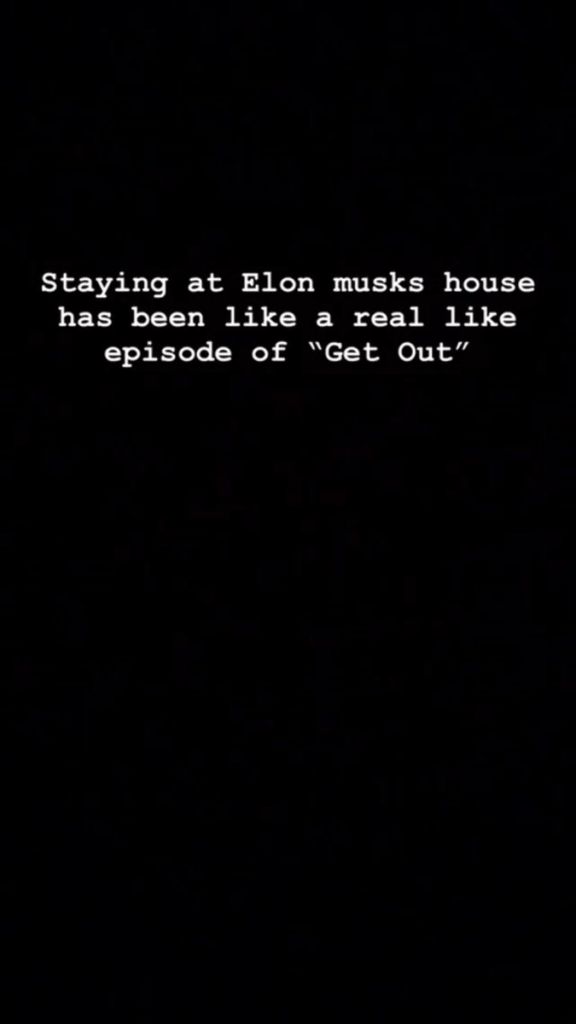 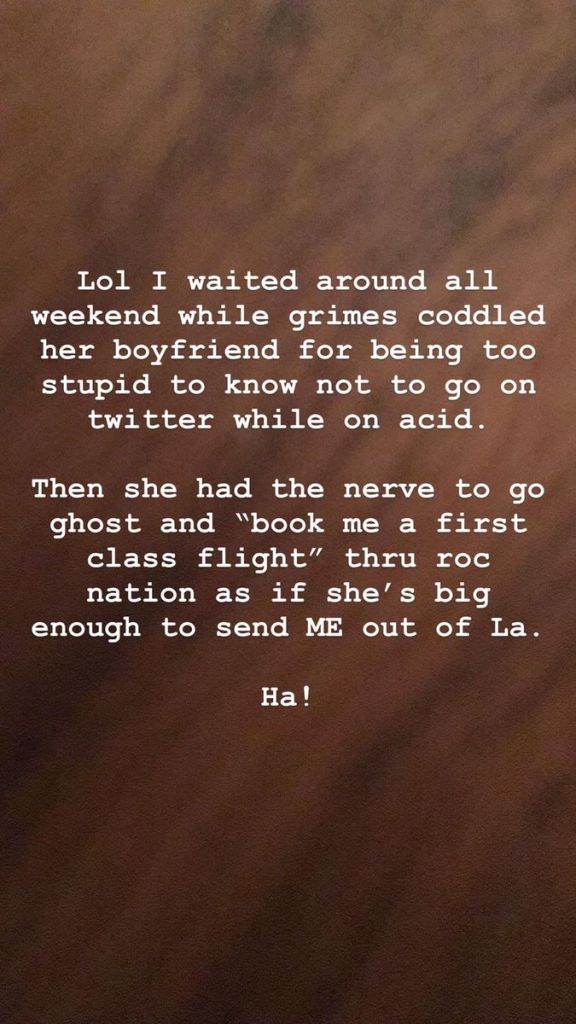 In another entry, she writes that Musk and Grimes are “two f**king crackheads,” adding: “He’s on tweeting on acid f**king up his own stocks and whatnot. A real life dummy.”

While it does indeed sound like a very weird weekend, is any of it actually true?

RELATED: Elon Musk Apologizes To Thai Cave Diver After Calling Him A ‘Pedo Guy’ In Twitter Attack: ‘The Fault Is Mine And Mine Alone’

Not according to Musk, who responded to a Twitter DM from Gizmodo by stating that he “has never even met [Banks] or communicated with her in any way.”

Meanwhile, a spokesperson for Tesla is also refuting Banks’ story, telling website Jalopnik that her claims are “complete nonsense.”