Jaden Smith Discusses Mission To Save The Planet, Poses With Troye Sivan And Lucas Hedges For VMan Cover Shoot

VMan is celebrating its 40th issue by getting three very well-known stars to feature on the cover.

Jaden Smith, Troye Sivan and Lucas Hedges have all posed up a storm to mark the magazine’s milestone issue, with Kid Cudi interviewing Smith, while Sivan and Hedges chat with one another. 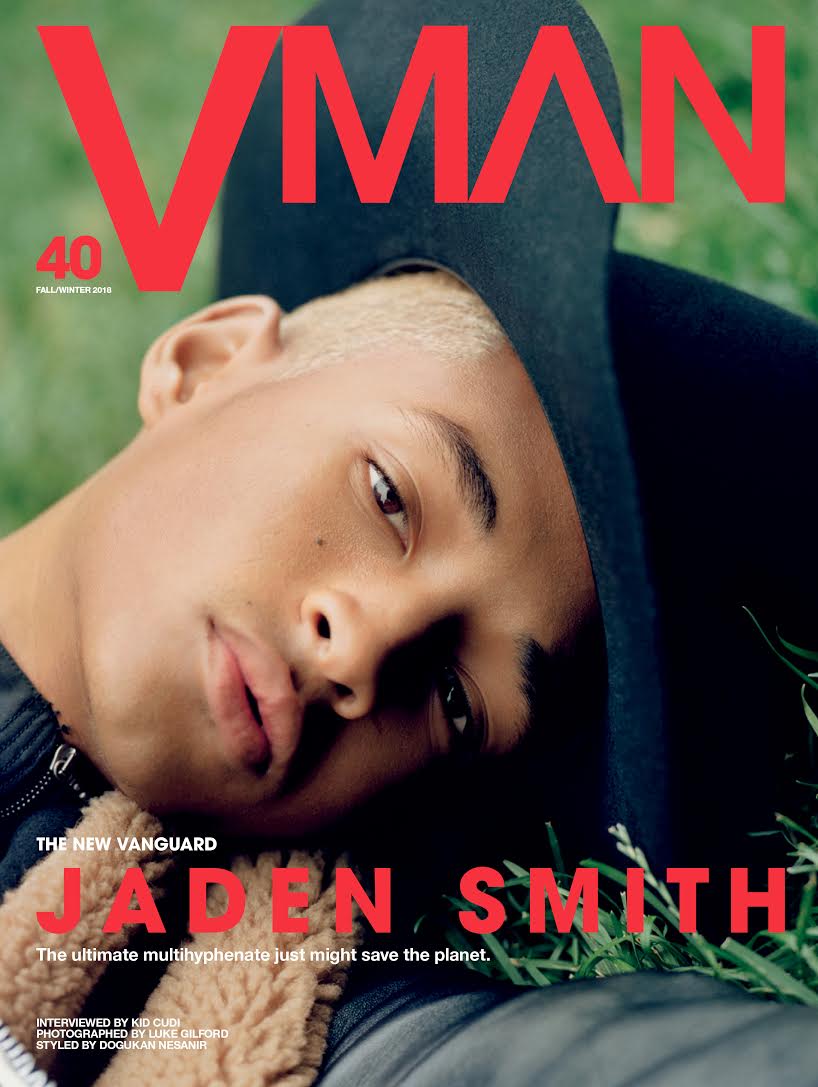 The discussion sees Smith speak out about his interest in the ocean and how plastic is becoming a real problem.

"People try to say wild stuff all the time, but I just let it go. I really don't pay attention. I just know how to be on my own vibe, and say something for myself." @c.syresmith speaks to @kidcudi for our 40th issue! #linkinbio — Photographed by @lukegilford (@imglens ) Styled by @dogi_ Interview by #KidCudi #JadenSmith wears coat @louisvuitton, shirt @givenchyofficial, hat stylist's own. Head to shop.vmagazine.com today to pre-order your copy of #VMAN40 before it hits newsstands on August 23!

He says, “I started surfing when I was really young. I learned how the ocean is alive, and has tides.”

RELATED: Jaden Smith On Talking Aliens With Obama, Travelling In Time And Why He’s The ‘New Carlton’ In ‘The Fresh Prince’

“Then, I learned about the environment and the ecosystem, and discovered we’re putting out so many CO2 emissions, creating plastic for agriculture and even for processed meats. We start to overheat the planet, melt ice caps, and water levels start to rise. It’s only getting worse,” he continues.

"I'd never written happy music, because music is normally something I turn to when I'm sad, as kind of a coping mechanism. So I was like, what does 'happy me' sound like?" For our 40th issue, @troyesivan chats with #LucasHedges about his highly-anticipated new album #Bloom. #linkinbio — Photographed by @lukegilford (@imglens ) Styled by @dogi_ Interview by Lucas Hedges #TroyeSivan wears @gucci. Head to shop.vmagazine.com to pre-order your copy before it hits newsstands on August 23!

RELATED: Jaden Smith Talks Growing Up Famous: ‘People Treat Me Like I’m Not A Normal Human’

Smith adds of his quest to save the planet: “If you combine a lot of plastic together and melt it down, it almost becomes cinder block. You can use trash to create an entirely new structure.”

“I feel like it can spark a new industry: I’m trying to make and create so many things out of recycled plastic,” he explains. “If you raise the price of plastic on the ground and in the oceans, more people will begin to pick up trash.”

"It seems like men put all their eggs into the 'handsome' or 'strong' basket. I think that's such bullshit. This image of really muscular– and at the same time feminine –men is a beautiful collision." For our 40th issue, Lucas Hedges speaks with @troyesivan about modern masculinity and his generations progressive values. #linkinbio — Photographed by @lukegilford (@imglens ) Styled by @dogi_ Interview by #TroyeSivan #LucasHedges wears coat @brioni_official, sweater @gmbh_official, top and pants @givenchyofficial, necklace @dior homme, and gloves Thomasine. Head to shop.vmagazine.com to pre-order your copy of VMAN40 before it hits newsstands on August 23!