Asia Argento is fighting back after The New York Times reported she issued a $380,000 settlement to actor Jimmy Bennett, who has accused her of sexual assault.

Bennett alleged the 42-year-old actress had a sexual relationship with him in California when he was a minor at 17-years-old.

While the Times reported that Argento struck a deal with Bennett — who portrayed Argento’s 7-year-old son in the 2004 film “The Heart Is Deceitful Above All Things” — in exchange for him dropping a $3.5-million lawsuit, Argento has issued a vehement denial that she and Bennett, now 22, ever engaged in sexual activity.

Her statement shared on Twitter by journalist Yashar Ali, reads: “I strongly deny and oppose” the claims laid out in the Times story, adding that she is “deeply shocked and hurt by having read news that is absolutely false. I have never had any sexual relationship with Bennett.”

I just received this statement from @AsiaArgento in response to the NYT story published late Sunday evening. pic.twitter.com/jAOo7TAULX

The $380,000 payout? That, said Argento, was the idea of her late boyfriend Anthony Bourdain, whom she claimed “insisted the matter be handled privately,” as Bennett was “undergoing severe economic problems” (including undertaking “legal action against his own family requesting millions in damages”) while understanding that Bourdain — who took his own life in June — “was a man of great perceived wealth and had his own reputation as a beloved public figure to protect.”

Argento added: “Anthony was afraid of the possible negative publicity that such [a] person, whom he considered dangerous, could have brought upon us. We decided to deal compassionately with Bennett’s demand for help and gave it to him. Anthony personally undertook to help Bennett economically, upon the condition that we would no longer suffer any further intrusions in our life.”

RELATED: Asia Argento Says Harvey Weinstein Is Not The Only Who Mistreated Women: ‘We Know Who You Are’

She concluded by dismissing Bennett’s allegations as “the umpteenth development of a sequence of events that brings me great sadness and that constitutes a long-standing persecution,” implying she will take legal action by assuming “in the short term all necessary initiatives for my protection before all competent venues.” 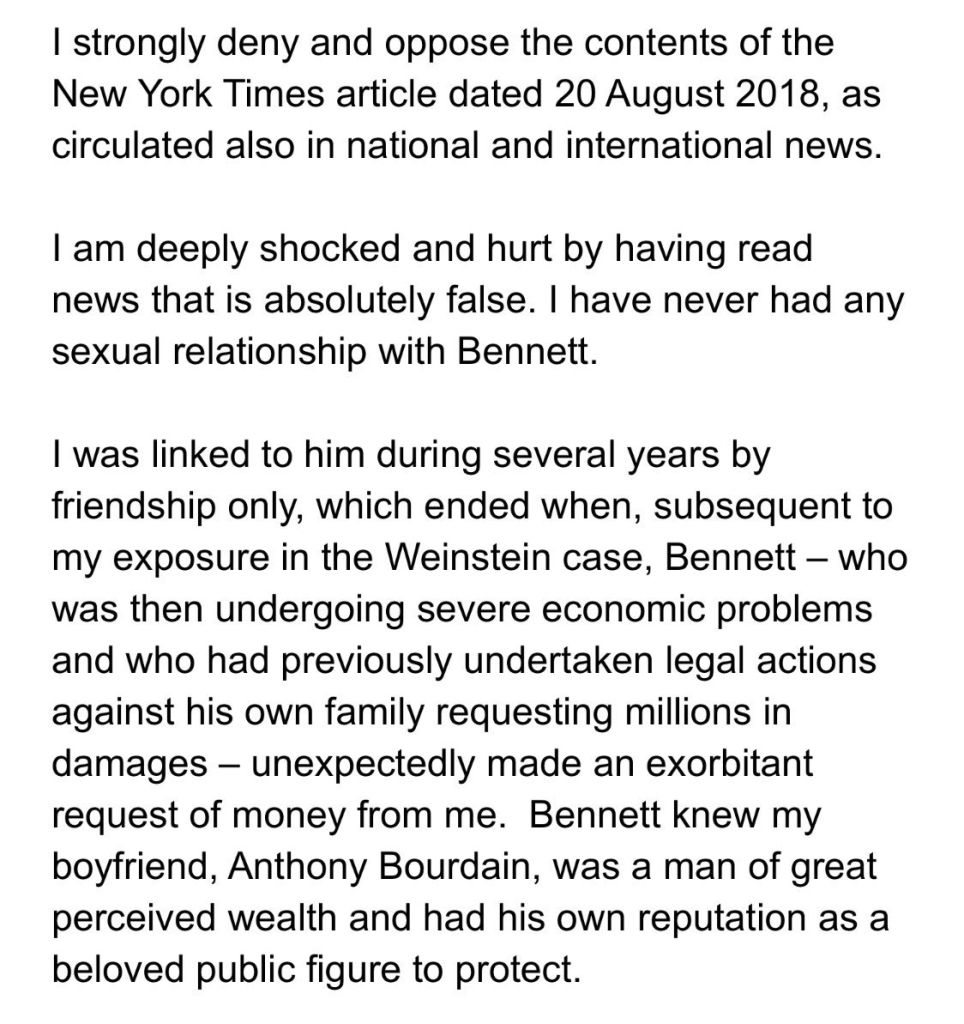 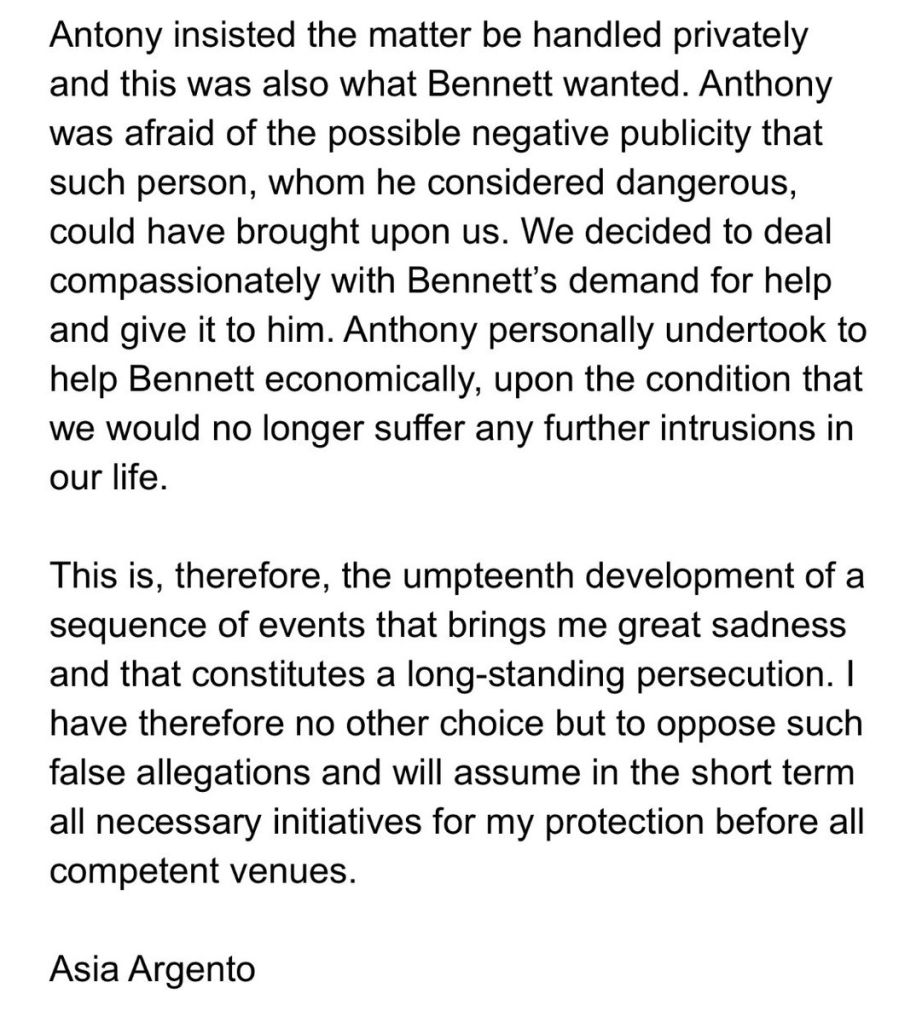 Argento made headlines last year as one of the first women to come forward with accusations of being sexually assaulted by Harvey Weinstein; since then, the Italian-born actress and director has become a leading activist in the Time’s Up and #MeToo movements.

Harvey Weinstein’s attorney responds to @nytimes report that says @AsiaArgento, one of the first women to publicly accuse Weinstein of sexual assault, paid $38K to her own accuser, a musician/actor who says he was sexually assaulted by her in California when he was 17 yrs old pic.twitter.com/ahlolYZu6e