Ryan Seacrest took to the skies and he didn’t even need an airplane.

The “Live with Kelly and Ryan”/”American Idol” host hit new heights thanks to a water-powered jetpack that sent him soaring in the air while he and girlfriend vacationed in the south of France.

Photographed in Nice on Friday, the 43-year-old TV and radio personality appeared to be having the time of his life as he goofed around on the device, a skateboard-style jetpack upon which he stood while rising up in the air.

RELATED: Ryan Seacrest’s Girlfriend Breaks Silence: ‘You Have Worked So Hard To Be Where You Are’

As Seacrest flew around, girlfriend Shayna Terese Taylor could be seen snapping photos (or, we can only hope, video) on her phone. 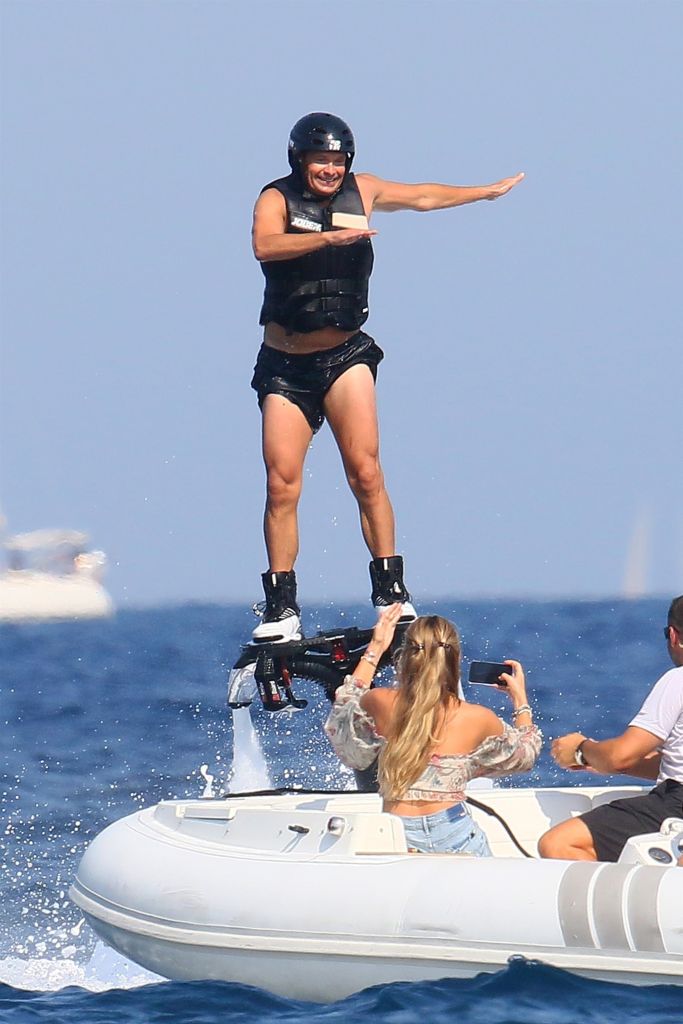 Seacrest and Taylor, 27, reportedly moved in together in last year.

RELATED: Ryan Seacrest Accidentally Wore His Girlfriend’s Shirt And Was Proud Of The Look

In October 2017, Taylor made her debut “Live” appearance alongside her beau and co-host Kelly Ripa.