If you diss Justin Bieber, expect him to come back at you — albeit in the most passive-aggressive way possible.

That’s what 5 Seconds of Summer is discovering as their controversial Rolling Stone cover story continues to cause trouble. 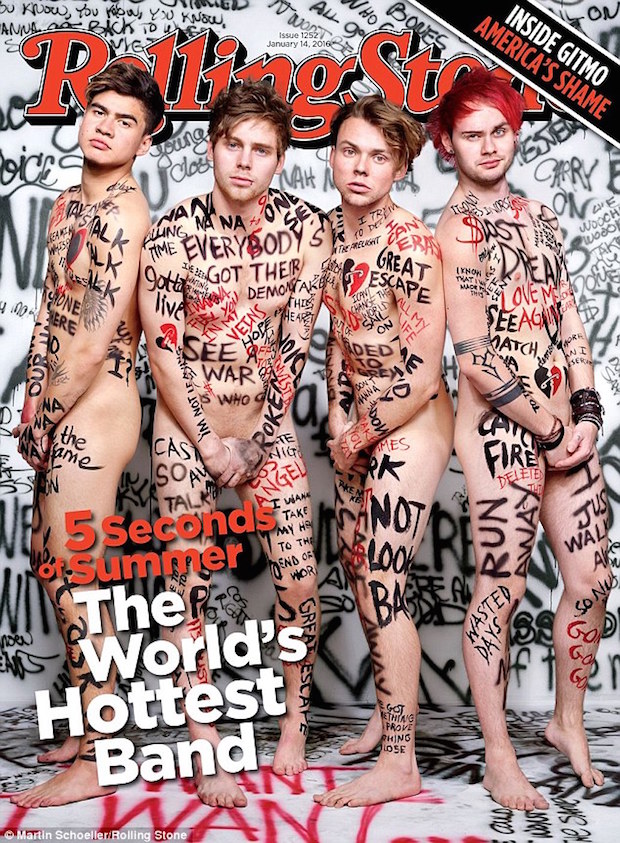 In the interview, which has already polarized the band’s fans, the Aussie rockers discuss having wanton sex on the road and sexting pics of their junk, and even joke about making a sex tape, but it’s a few offhand remarks about Justin Bieber to which the Canadian pop icon felt compelled to respond.

In the interview, 5SOS guitarist Michael Clifford discussed The Biebs, saying: “I think he hates us.”;

Clifford reveals the band crashed Bieber’s American Music Awards after-party in November, and describes the wild scene. “It was f***ng crazy, people standing on tables and s**t,”; says Clifford. “I probably shouldn’t say this, but he had his own album on loop for, like, two or three hours.”;

Related: Cheryl Sits Down With 5 Seconds Of Summer

According to Gossip Cop, Bieber fired back on Twitter in a series of tweets (which he quickly deleted), saying: “sorry guy. Don’t hate you. Don’t even know u.” He added, “And are u sure u came to our party because my album wasn’t on loop? Strange.” 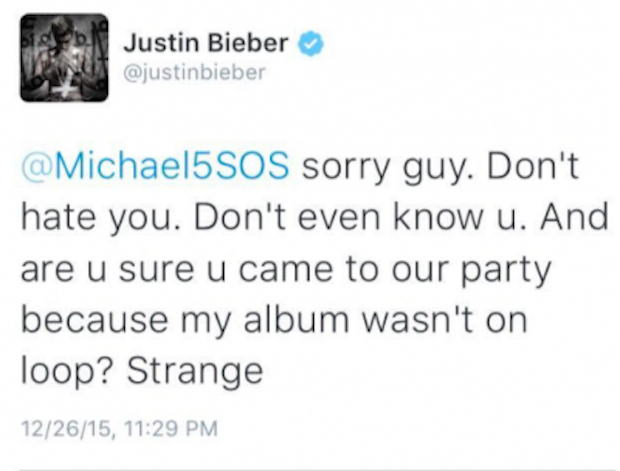 In subsequent tweets (also deleted), he scolds 5SOS, telling them “Don’t use my name for headlines,”; and then attempts to bury the hatchet he just flung: “And now can we can all move on. No hate all love. Happy to make it clear. Happy times.”; 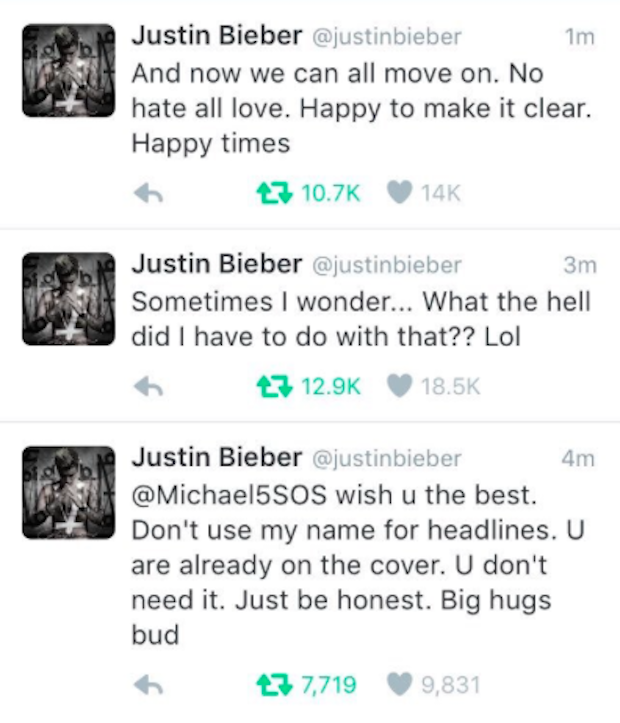 5SOS’s Michael Clifford replied via Twitter, and it seems as if he and the band would prefer to pour water on this burgeoning feud before it grows any larger with this Twitter peace offering declaring himself to be a “big fan since the start.”;

@justinbieber done nothing but praise ur album; no idea why that’s even in the article. big fan since the start man, take care