Julianne Moore was among the numerous stars to appear at this year’s Toronto International Film Festival, where she attended the premiere of her upcoming film “Gloria Bell”, but that’s not the only project she’s been working on.

In fact, the star of “The Big Lebowski” and “Still Alice” graces the cover of the October 2018 issue of Town & Country, in which she discusses her role in “Bel Canto”. Moore portrays a world-famous opera singer who’s taken hostage while performing at a party hosted by a South American politician.

RELATED: Julianne Moore Reveals How Daughter Liv Inspired Her To Speak Out About Gun Violence

Moore’s singing voice in the film is provided by famed opera star Renee Fleming, who pulls double duty as a journalist by interviewing Moore for her Town & Country cover story.

In the interview, the 57-year-old actress laments the fact that her characters have an unfortunate habit of dying, something that irks her 16-year-old daughter, Liv.

“Oddly, a lot of my roles get clumped together,” Moore tells Fleming. “There was a series of 1950s housewives that were all thrown at me at the same time. Or you do a bunch of funny things all at once. My daughter recently asked me about a project, ‘Do you die again, Mom? I feel like you always die.’ I don’t but there were a couple of movies where that happened.”

RELATED: Julianne Moore Tells InStyle: ‘The More I Get Older The More I Prepare’ 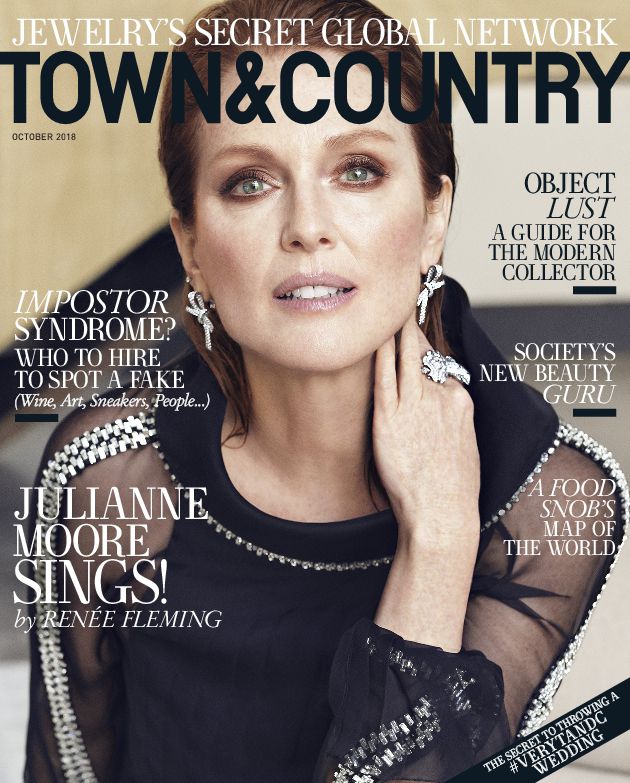 In fact, Fleming was an important part of Moore’s research for “Bel Canto”.

“I learned about you, I spoke to you, I listened to your music, I sat in classes with good opera teachers and young students,” Moore tells Fleming. “I worked with [vocal coach] Gerald [Martin Moore], I talked to directors, I went to the Metropolitan Opera and spoke to everybody who was there. One of the things that I find in research is that if you ask a question, someone will answer it. People are generally open and helpful. They want you to get it right.”

You can read more from Moore in the October issue of Town & Country, which hits newsstands Sept. 18.