UPDATE: Sean Penn Says ‘I Have Nothing To Hide’ After ‘El Chapo’ Interview

UPDATE: Monday, Jan. 11 (2:04 p.m.) – According to a tweet issued by Associated Press, Sean Penn says he “has nothing to hide”; following news he’s being investigated for interviewing  “El Chapo”; for Rolling Stone while the notorious druglord was on the lam.

On mobile? Watch this video here.

On Friday, Mexican officials announced the capture of one of the world’s most notorious drug lords, Joaquin Guzman Loera, also known as El Chapo. At the time, authorities said they were able to catch him partly because he had contacted actors and producers and was planning a movie about his life. Now we know one of the actors was Sean Penn.

According to Rolling Stone, the two-time Oscar winner sat down with Guzman for an interview for the magazine in October while he was on the run from Mexican and American authorities. The interviews, which lasted several sessions, were reportedly held in the jungle at a secret location in Mexico and are said to be the first interviews Guzman has given in decades.

NEWS: Madonna Says She Was Never Assaulted by Sean Penn

In the Rolling Stone piece, it is revealed that one session was held over dinner, while subsequent talks reportedly took place via BlackBerry Messenger and in a video delivered by courier. In one video correspondence, Guzman says that evading the authorities had become normal for him, the article states.

As one of the world’s most wanted fugitives, Guzman has escaped jail twice, most recently last summer. Guzman provides new details on his most recent escape in his interview with Penn, explaining that the engineers who designed the mile-long, $1 million tunnel he used to disappear had been flown to Germany for specialized training.

While it is not known whether Penn’s contact with Guzman led to his arrest, Penn writes, “there is no question in my mind but that DEA and the Mexican government are tracking our movements,” referring to the United States Drug Enforcement Administration.

Guzman’s fortune is estimated at $1 billion. There was an unconfirmed report by Telesur that he had taken offense to the comments of fellow billionaire, Donald Trump, after the Republican presidential candidate made an anti-immigration statement last year, and put a $100 million bounty on him.

On Saturday, Penn was spotted with his ex-wife Madonna and her kids Mercy, 9, and David, 10, at his annual Golden Globes eve Help Haiti Home gala benefitting J/P Haitian Relief Organization. 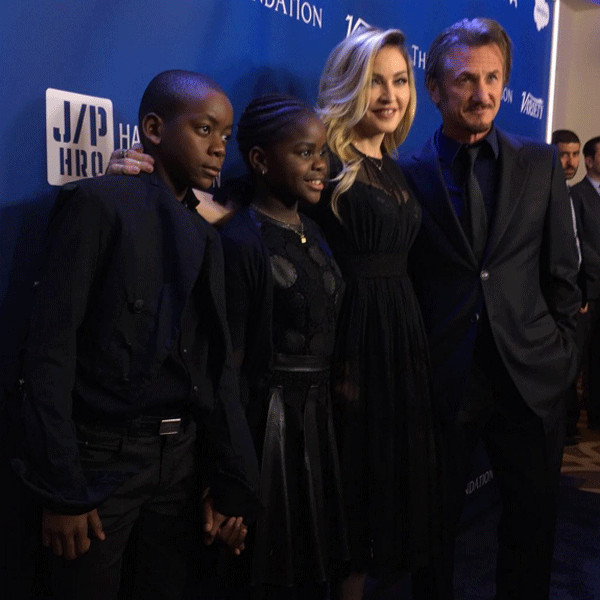