Samantha Markle Opens Up About Letter She Hand-Delivered To Kensington Palace: ‘Only Meghan Can Make This Better’

Samantha Markle made headlines when she was photographed being apparently turned away by Kensington Palace security, presenting a guard with a letter — presumably for her half-sister Meghan Markle — before leaving.

Now, in an interview with Daily Mail TV, the Duchess of Sussex’s estranged sibling is revealing the contents of that mysterious letter and disputes reports she was “turned away.”

“I wasn’t trying to crash anything, I’m very polite and respectful. I was not turned away from Kensington Palace. I’m pretty mature, I’m pretty composed, I’m not the kind of person that’s turned away,” she says in the video interview. 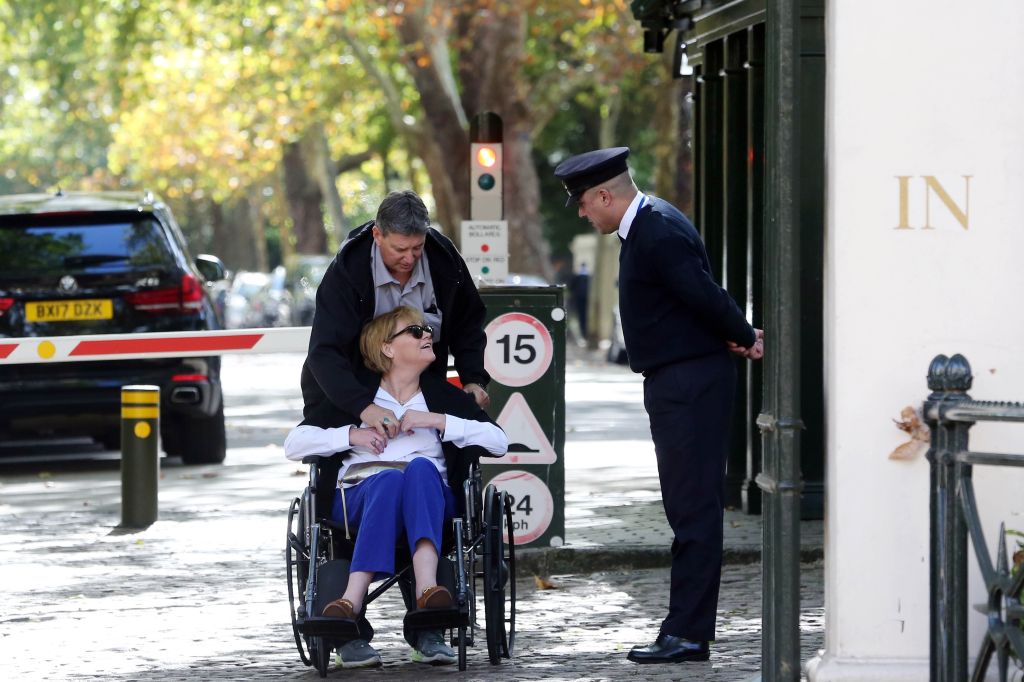 Of the mysterious letter, she adds: “I can’t tell you what I wrote in the letter but I think I accomplished my goal and we’ll just have to wait and see how it was received. I wanted to express some sentiments and set some records straight. I can’t give the details of that but I really wanted the world and really my sister and the British Royal Family to know what happened and know the truth about a lot of things.”

While she doesn’t reveal the precise contents of the letter, Markle, 53, says much of it involves their father, Thomas Markle Sr.

“Let’s just cut through all the crap,” says Markle in the video, addressing her sister directly. “You’re a woman, life is short. I believe you have it in your heart to do the right thing here. You know Dad loves you, you know he’s been there for you more than anyone, so don’t let this public monster and misperception that he’s like a sperm donor dad trying to be involved all of a sudden.”

Markle also addresses the string of incidents that took place before her sister’s wedding to Prince Harry, when their father was caught staging paparazzi photos and then suffered a heart attack — some speculated it was bogus — that prevented him from walking his daughter down the aisle.

“If she’s not allowed to speak about it because of royal protocol, she has to make it private and she knows where the respect has to come from. She knows the truth and only Meg can make this better.”

While Markle regularly sends messages to her sister through the media, she insists she has no plans of bringing the Queen into their family spat.

“Addressing her is not appropriate,” says Markle of the monarch. “It’s very disrespectful to address the Queen so no, I’m not going that route. I know the public would love me to or say that’s my next move but I’m not tacky.”

The way Markle sees it, what happens next is entirely up to the Duchess of Sussex.

“With all due respect, I think the next move is not mine; the ball is in my sister’s court and it’s kind of cheesy to minimize it to a tennis game when really, this is life, we’re real people, human beings, real family, real love,” she says. “It’s not a game but she needs to do the right thing now and she knows how much my dad loves her and has given her. It’s a real family and life is very short so I just hope, for her sake as well, that Meg doesn’t let this go.”

She concludes: “I was concerned about my father passing away without resolve here because that would be awful for everybody and I really doubt she could live with that. She needs to do the right thing.”