James Barker is seriously off the market.

“Steph and I actually met on Tinder, about three years ago,” Barker revealed. “It’s funny because I feel like most people don’t take the online dating thing very seriously, myself included, but we know so many people now who met their partners on Tinder and Bumble.” 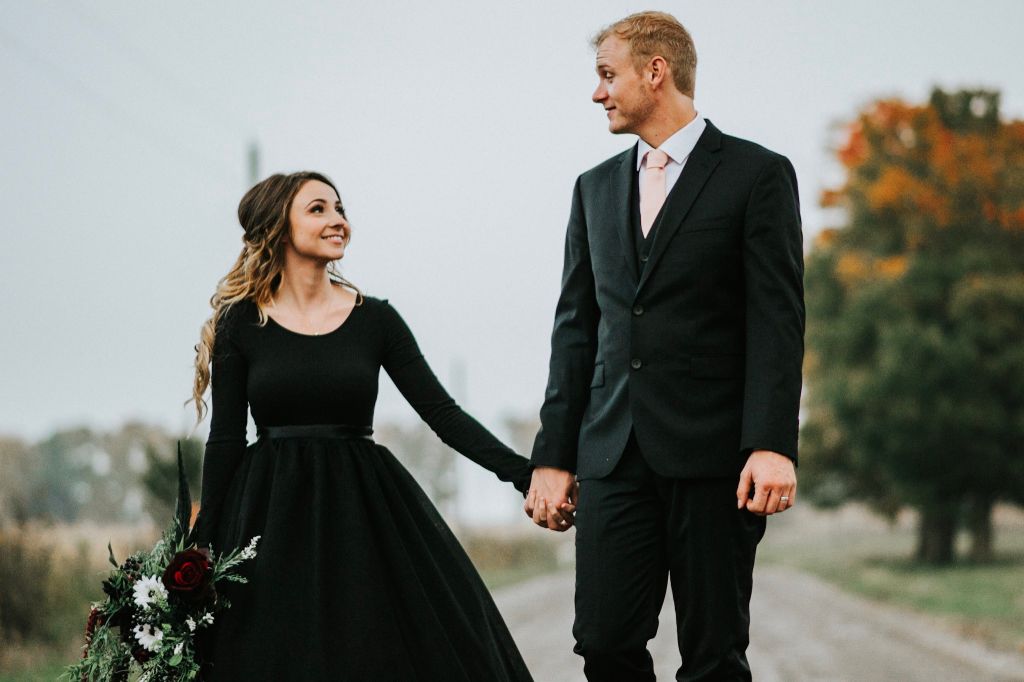 The couple said their vows on a farm that has deep sentimental meaning to the country musician. “The venue we got married at was the farm that I used to work on before committing to music full time,” he said. “We both really wanted to have an outdoor wedding, especially because autumn in Canada is so beautiful, and it looked amazing!”

Marriage is normally about two people, but Barker and Pratt shared the moment with a very special third member of the family. “We had to have Bobby, our golden retriever, at the wedding. It was a necessity, she’s a part of the family!” Barker exclaimed. “She totally soaked up the spotlight too, she loves being the center of attention.” 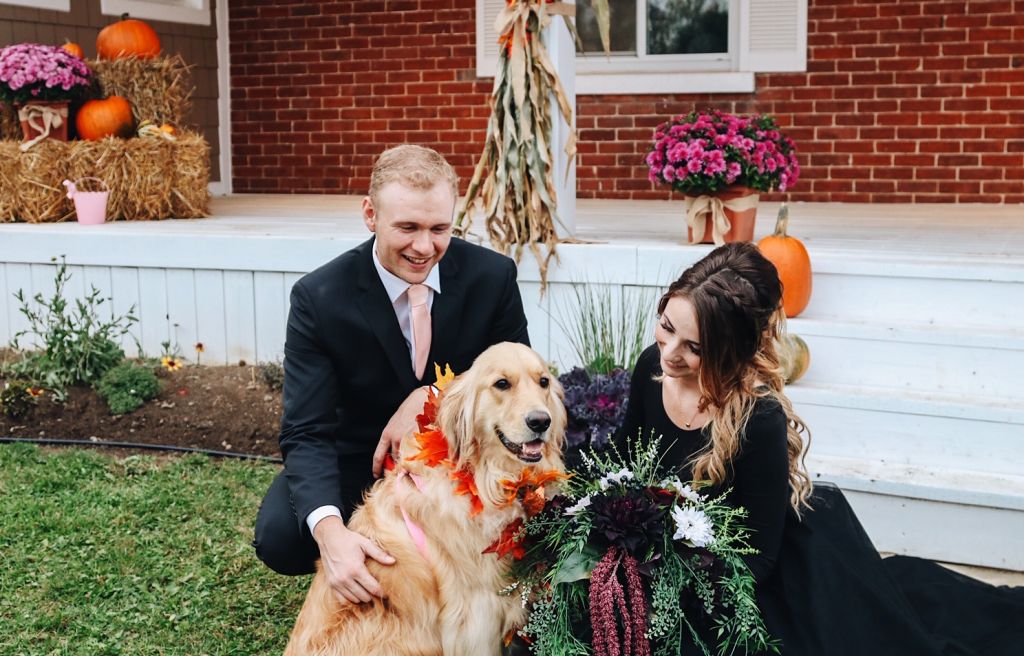 “We had a pretty big wedding, just over 300 people,” he told ET Canada. “It’s crazy how that number can grow quickly. We both have really big families, and we’re both family oriented people, leaving anyone out just felt wrong.”

“Our logic going into the wedding was that we wanted to make sure everyone who had any part in making us the people we are today should be invited,” continued Barker. “And we’re really lucky to have so many special people who love and support us.” 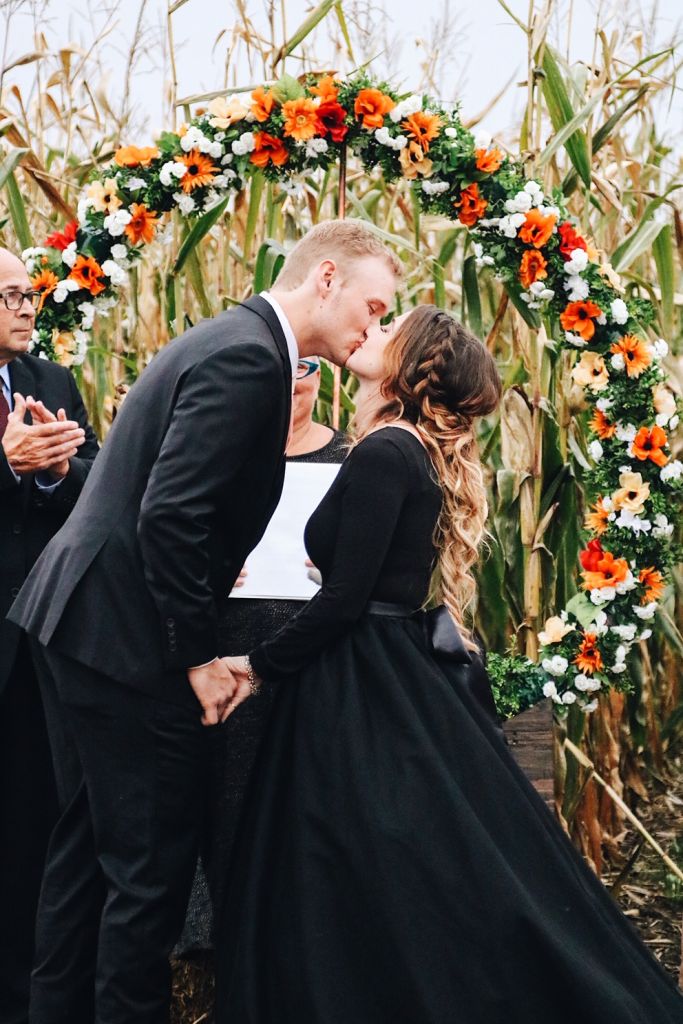 This was no boring traditional wedding. There was a lot for guests to do besides eat, drink and dance. “Going into the wedding, we had some pretty big ideas, we can both get a little bit carried away when we start getting creative,” Barker confessed. “Steph had a really cool concept, to try and stick to a ‘Carnival’ theme.”

“We’ve both been to so many weddings and we didn’t want it to feel formal and stuffy, we wanted everyone to have the absolute most fun possible,” he said. “The Ferris Wheel was a hit, as were the candy apples and cotton candy. I have always had an odd obsession with disco balls, so we managed to find one of those too. It was a one of a kind night!”

And of course, the band was present: “We had a big bridal party. Having the rest of the band was a no-brainer, they’re stuck with me until the end, and I had to make sure I had my best friends who made me the guy I am today.” 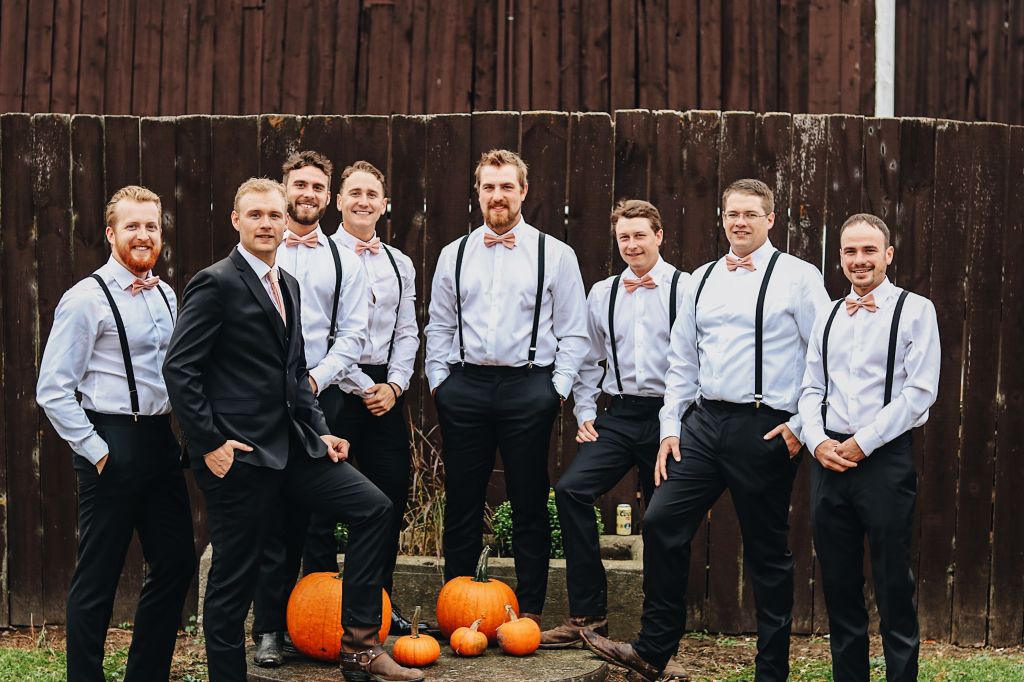 Barker, Pratt, and even Bobby announced the engagement last year.