Chrissy Teigen Talks Kanye West’s ‘Strong’ Opinions: ‘He Will Say What He Wants’

“The thing with Kanye is that his opinions have always been super strong,” the 32-year-old “Lip Sync Battle” host said in the interview. “He’s never been the guy to push them on you, but he will say what he wants to say. Same with John. That’s why I loved that they were able to have this civil discourse. Kanye learned a lot in the months after that. John did, too.”

Teigen is referring to the online exchange between John Legend and Kanye West this past spring after West appeared on TMZ, sharing his admiration for POTUS and some very controversial thoughts on history in America. 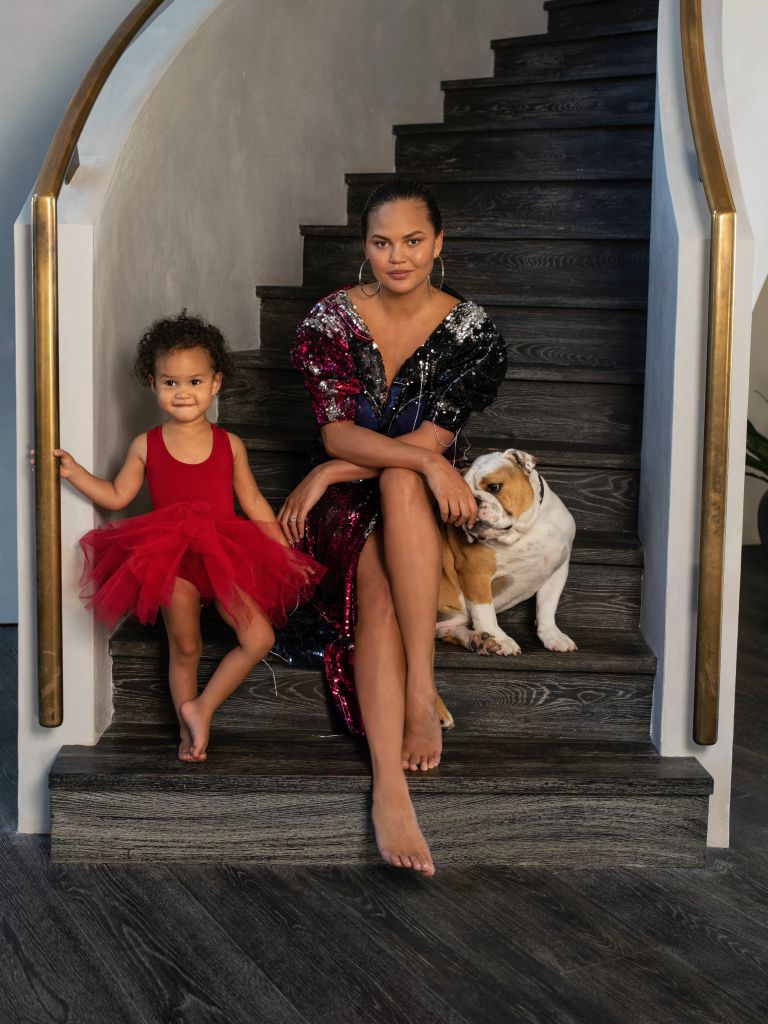 West later shared the pair’s texts on social media, but somehow managed to stay friends with the famous couple.

“You can’t just believe you’re the right one all the time. That’s what makes us horrible,” she continues. “Trust me: My views are super liberal, and I’m like, How could anyone not think this way? But people are also entitled to their opinion.”

“Do I get in the bunker or not?” she joked, sharing that the only downside is not knowing what’s going on when her followers freak out over the latest online comment. But Chrissy can always check with her husband, who isn’t blocked.

“I feel like I would be annoyed by me if I weren’t me,” @chrissyteigen says. “I feel that all the time.” But we disagree: Chrissy Teigen may be the Last Likable Person on the Internet. Tap the link in our bio to read her thoughts on Kanye, getting blocked by Trump, and why she actually cares about the comments. Photographed by @gigilaub, styled by @tonnegood, Vogue, November 2018

“I still don’t know why I’m not blocked,” Legend has said. “I have said as many bad things about him as she has. Maybe it’s because I’m a man; I have no idea.”

The EGOT winner might not know why POTUS puts up with his tweets, but adds that when it comes to social media, his money’s on his wife.

“People think she’s, like, somehow out of control,” Legend added. “She knows what she’s doing. She could give us all lessons in social-media strategy and execution.”