While TV viewers anxiously await a new season of his FX series Louie, Louis C.K. surprised fans with the first episode of a completely new show, Horace and Pete, only available on the comedian’s website.

On Saturday, Louis C.K. sent an email to fans reading: “Horace and Pete episode one is available for download. $5 Go here to watch it. We hope you like it.”

Directed by C.K., he plays, Horace, the co-owner of a Brooklyn dive bar, with Steve Buscemi playing the bar’s other owner, Pete. Other stars in the show include Edie Falco, Alan Alda, Jessica Lange, Steven Wright and Aidy Bryant, while the theme song is written and performed by Paul Simon.

Described as Cheers meets Death of a Salesmen, a review in the New York Times warns viewers, “Don’t expect a laugh riot, though there are some rueful chuckles.”; 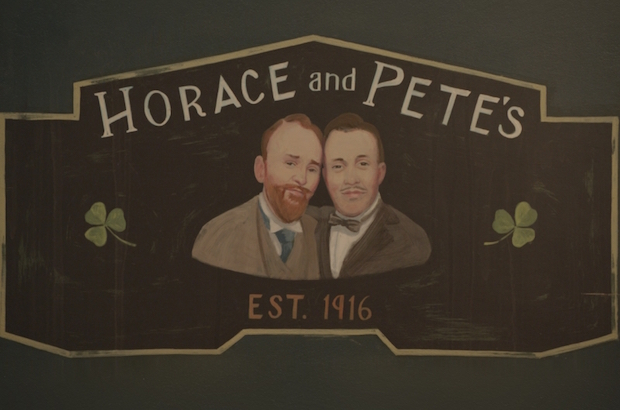 Related: Louis C.K. Explains Why He Quit Twitter: “It Made Me Feel Bad’

This isn’t the first time that Louis C.K. circumvented the networks to bring entertainment straight to his fans. In 2011, he released a standup comedy special on his website, asking fans to pay $5 to watch, earning $200,000 in the first few days of release. He subsequently released a feature film he directed, 1998’s Tomorrow Night, and another comedy special, via the same method.