Samantha Markle is calling out her half-sister Meghan Markle after a speech the new royal made in Fiji.

RELATED: Samantha Markle Opens Up About Letter She Hand-Delivered To Kensington Palace: ‘Only Meghan Can Make This Better’

Meghan spoke at the University of the South Pacific on Wednesday where she talked about “the personal feeling of pride and excitement” of attending university.

“I am also fully aware of the challenges of being able to afford this level of schooling for many people around the world – myself included,” she added. “It was through scholarships, financial aid programs, and work-study where my earnings from a job on campus went directly towards my tuition — that I was able to attend university. And, without question, it was worth every effort.”

Samantha took issue with that part of the speech, though, going on Twitter to claim that their father had paid for Meghan’s college tuition. 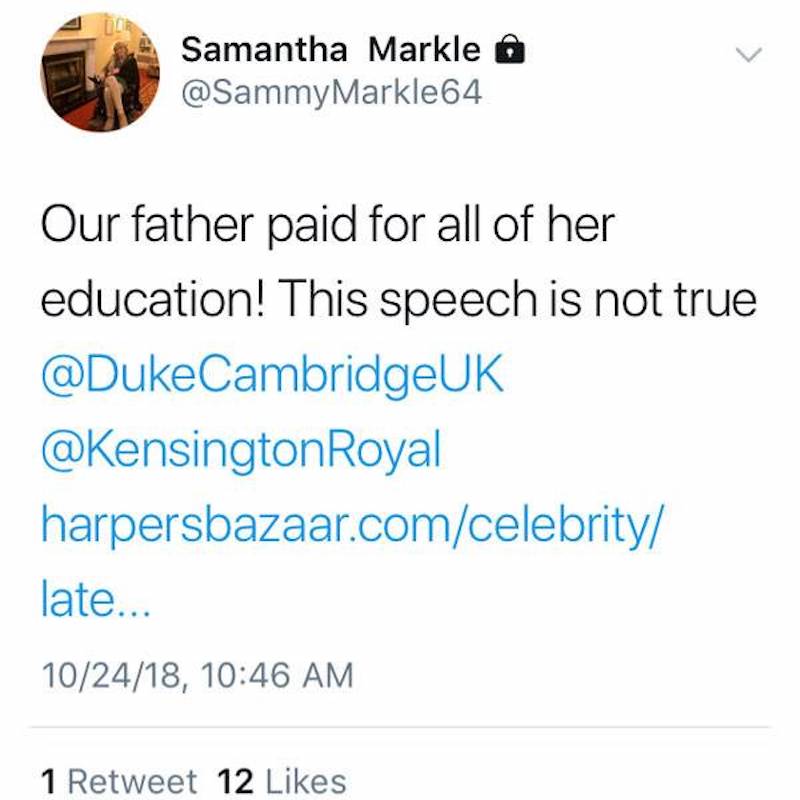 Samantha continued, telling the public to “stop enabling” her half-sister and, “Do not ever reward a lie.” 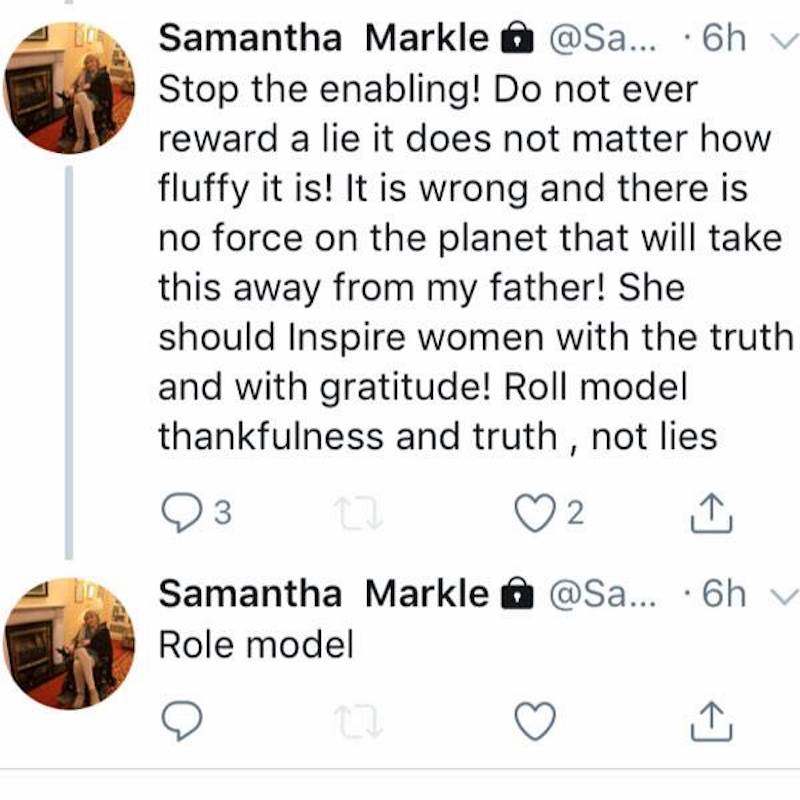 Samantha’s testy comments come only weeks after a trip to the U.K. in which she claimed she was attempting to reconcile with Meghan, going so far as to hand-deliver a letter to Kensington Palace where she was turned away by security.