Stars including Steve Carell, Patricia Arquette and Bryan Cranston will be more than just promoting their movies at the Oscars tomorrow — they’ll be among the actors who’ll be wearing “Brady Bracelets”; at the Academy Awards.

As PEOPLE reports, the bracelets — named after then-president Ronald Reagan’s press secretary, who was permanently disabled after being shot in the failed assassination attempt made by John Hinckley, Jr. — are in support of the Brady #SayEnough campaign (for more information, visit SayEnough.org). 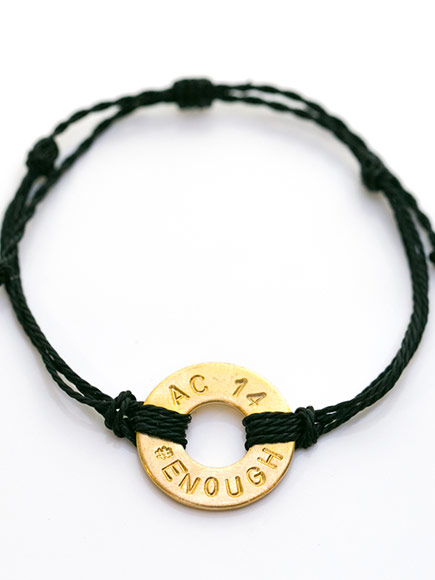 “This awards season, the Brady Campaign to Prevent Gun Violence is teaming up with Hollywood to lift up the stories of the 90 Americans killed every day by gun violence,”; says a press release from the campaign. “On the red carpet, high-profile celebrities … will join the effort to shed light on the human cost of gun violence by wearing unique, hand-crafted bracelets that commemorate Americans killed or injured by gun violence.”;

The bracelets, says PEOPLE, are to “encourage celebs and other influencers in the entertainment industry to call attention to the “critical need’ to stop gun violence.”;