Now that Donald Trump proved his dominance on Super Tuesday, winning more delegates than any other Republican presidential candidate during this crucial stop on the road to the White House, not only is the bombastic billionaire fuelling media reports about his meteoric rise, he’s also sending millions of Americans scampering to their laptops to search for information on how they can move to Canada if he does wind up moving into the Oval Office.

According to Mashable, Trump’s resounding victory last night sent Google searches through the roof, as shown by this graph:

This was confirmed via Twitter by Google editor Simon Rogers, who reported a 350 per cent spike in “how to move to Canada”; searches:

Searches for “how can I move to Canada”; on Google have spiked +350% in the past four hours #SuperTuesday

//platform.twitter.com/widgets.jsBy midnight, however, that number grew from 350 per cent to a whopping 1150 per cent, with a highly disproportionate number of those searches coming from the state of Massachusetts, where Trump won in a landslide. 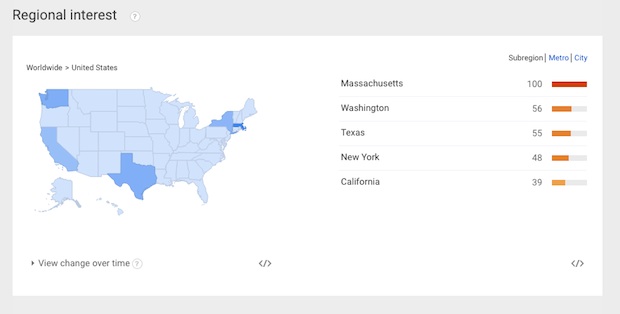 For an even more potent example of the apparent panic that gripped Americans in the face of a potential Donald Trump presidency, the Canadian government’s immigration website appears to have experienced such a surge in traffic that it caused site delays, with an error message at 12:06 a.m. ET reading: “You may experience delays while using the website. We are working to resolve this issue. Thank you for your patience.”; 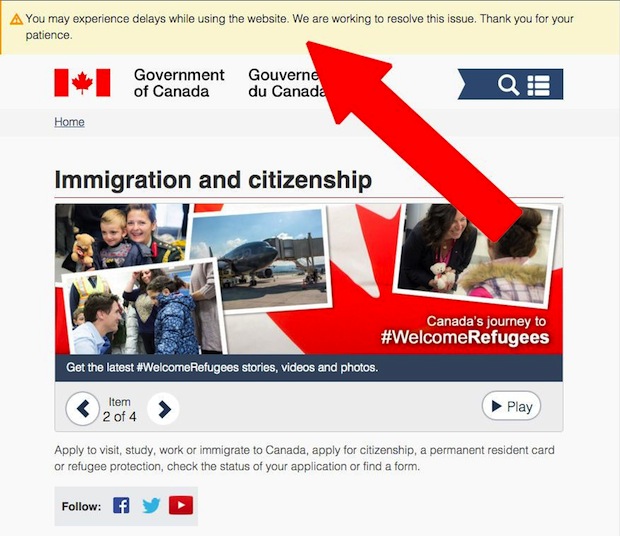 Among the Americans who may be seeking refuge in the Great White North is Miley Cyrus, who took to Instagram after Trump’s win to share her dismay, writing, “Yes, that’s a tear rolling down my cheek.”; She adds: “Honestly, f*** this s***. I am moving if this is my president! I don’t say things I don’t mean!”;

Yes . That is a tear rolling down my cheek dripping off the end of my nose….. This makes me so unbelievable scared and sad…. Not only for our country but for animals that I love more than anything in this world…. My heart is broken into a 100000 pieces ….. I think I may vomit …. That picture on the right is so disturbing…. YOU are not destiny! It is not your job to decide when a living things life is over …. & YOU DT ARE NOT GOD NO MATTER HOW MUCH YOU THINK YOU ARE!!! (& if he doesn’t think he is “God”; he thinks he is the fucking chosen one or some shit! We’re all just fucking jam between his rich ass toes! Honestly fuck this shit I am moving if this is my president! I don’t say things I don’t mean! )