UPDATE: Justin Bieber Gets Wet And Wild For The First Leg Of His World Tour

The singer debuted an acoustic version of his hit while seated on a velvet couch, much to the delight of his fans who can be heard singing along with the Canadian pop prince.

All eyes are on Bieber as he embarks on his world tour:

Similar to his medley in the rain at the 2015 American Music Awards, Justin Bieber got drenched for the first night of his Purpose World Tour in Seattle.

The 22-year-old “Sorry”; singer revealed his rock-hard abs and tattoos, outfitted exclusively in Calvin Klein – his official tour wardrobe sponsor – under a rain machine that soaked the singer and his back-up crew at the KeyArena in Seattle. Talk about a spectacle of a performance. 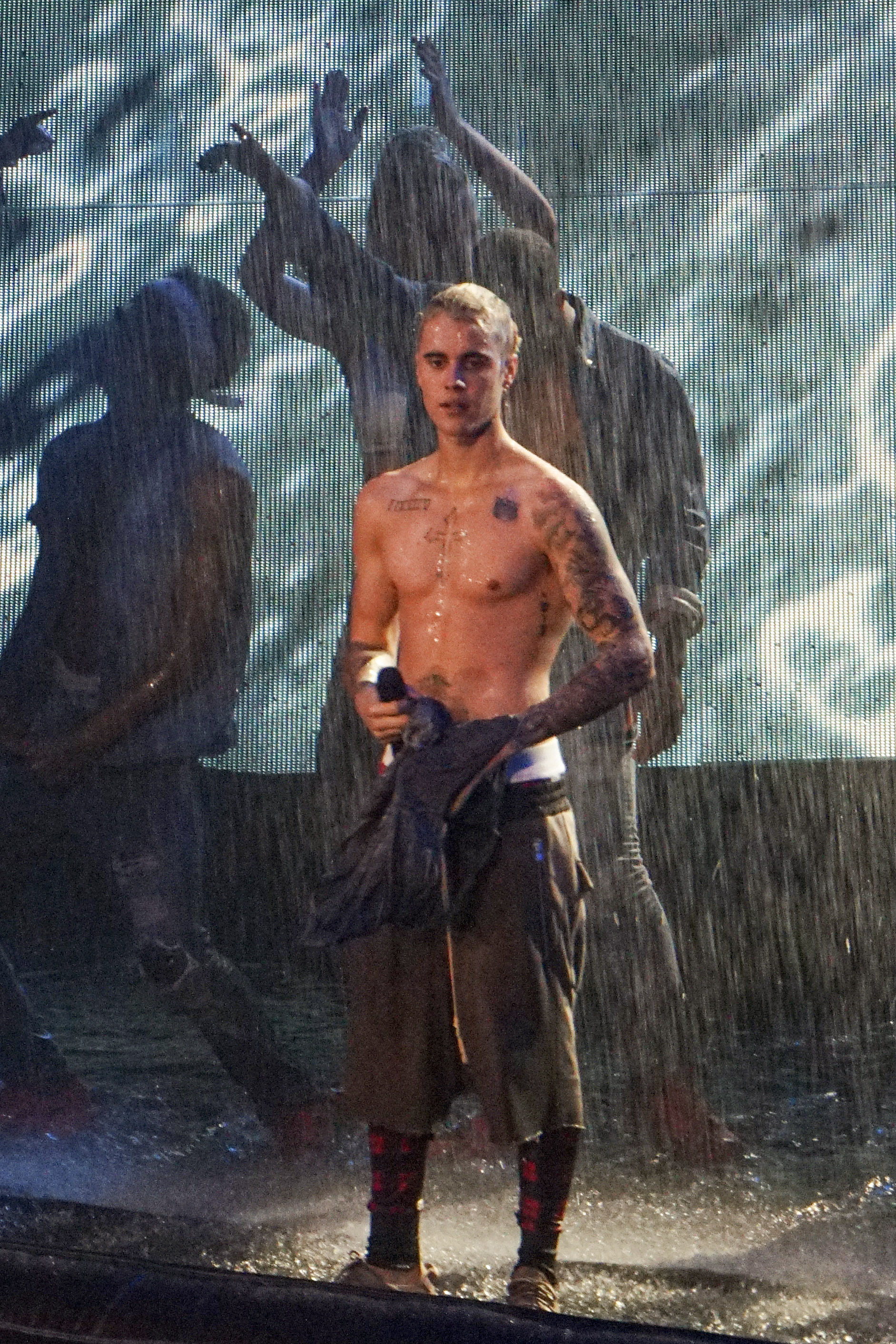 While the concert itself seemed to go smoothly on Wednesday night, with a full set of hit songs and some killer dance moves, the Biebs barely dodged getting himself into some hot water Sunday night.

Related: Justin Bieber Reveals Dream Of Having A Family In New Interview

TMZ reports that just days before his tour kicked off, the “Love Yourself”; singer bailed on paying a $130 bar bill with his buddies after being involved in a heated fight. The group was caught on surveillance cameras at The Whiskey Bar in Seattle when a female fan was denied a picture with the star by one of his dancers, and the guy accompanying her was ready to start a fight. In an attempt to not cause a scene, Bieber and his crew left the bar in a hurry, forgetting to pay their bill.

But, according to reports, they settled the ordeal with the bar on Wednesday night.