The royal family are sharing sweet family memories in honor of Queen Elizabeth’s upcoming 90th birthday, and little Prince George’s might be the most adorable of all.

“George is only 2 ½ and he calls her “Gan-Gan,'”; Catherine, Duchess of Cambridge, reveals in ITV’s Our Queen at Ninety, a documentary in celebration of the Queen’s milestone birthday on April 21. “She always leaves a little gift or something in their room when we go and stay, and that just shows her love for her family.”;

Her sit-down for the documentary marks Kate’s first solo interview since joining the royal family when she married Prince William in 2011, and she reveals that the monarch and matriarch has been very welcoming and was delighted when George got a little sister, Princess Charlotte, last May.

“The Queen was really thrilled that it was a little girl, and I think as soon as we came back here to Kensington she was one of our first visitors here,”; she gushes. “It’s very special having a new little girl … I feel very, very lucky that George has got a little sister.”; 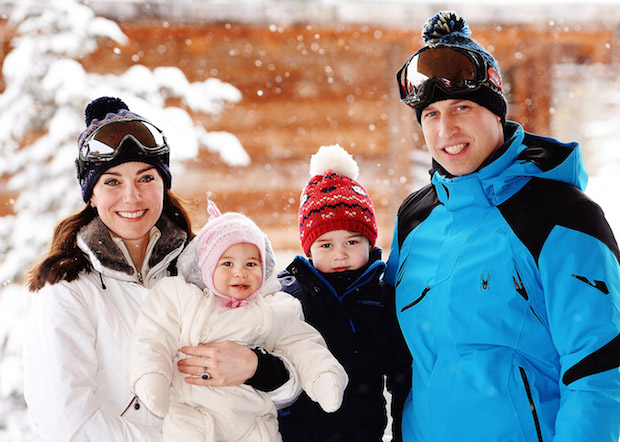 Prince William also opens up about the Queen in the ITV doc, recalling some of the most surprising civilian reactions to a woman who is, first and foremost, his grandmother.

“A lot of people get very excited and sort of nervous around her. And I’ve seen some very comical moments. I’ve seen people literally faint in front of her,”; he says. “There’s a lot of trembling knees and people can’t talk sometimes.”;

William, 33, also credits his grandmother for her support in his life and career, as he is the first immediate heir to the British throne ever to work in the civilian world.

“Growing up, having this figurehead, having this stability above me has been incredible,”; William explains. “I have been able to explore, understand, slightly carve my own path. I greatly appreciate and value that protection.”;

As for William’s younger brother, Harry, the 31-year-old prince is most impressed by his grandmother’s presence and influence all around the world, saying he’s been “asking her for years what her secret is, but she won’t tell me.”;

“I look at the Commonwealth and think, “Look how much it’s achieved,’ “; Harry marvels. “But what’s really encouraging is how much more it can achieve. It’s a force for good across the whole world, and I think going forward she should be incredibly proud of what she’s led and what she’s achieved and what she’s created amongst a huge amount of people from different ethnic backgrounds, different skin colors, different experiences, different islands – whatever it be. Hats off to her. It’s incredible.”;

Our Queen at Ninety airs on March 27 on ITV.

WATCH: Kate Middleton Reveals Prince George Wants to be a Cadet Like Dad!