SPOILER ALERT: Stop reading NOW unless you already know which houseguests got chopped in tonight’s super-sized double-eviction edition of  “Big Brother Canada’ (or live on the west coast, where the episode hasn’t aired yet)— spoilers lie ahead.

There’s your garden variety double eviction and then there’s the super-secret fake-out double eviction, which took place this week with a massive twist that none of the houseguests even realize happened — that both evictees will actually remain in the house, but hidden in a secret room from which one will emerge and return to the game next Thursday.

We learned a few more things about our houseguests this week:  Cassandra is not a fan of “b*tches hating on b*tches,”; and gave us her treatise on… let’s call it “b*tch theory;”; Tim is getting fed up with being everyone’s adviser; Joel proved he has no skill with pickup lines; and Jared demonstrated he’s the jealous type (although he and Kelsey did engage in a steamy make-out session).

Then it was eviction time, and the when the votes were counted we said so long to Kelsey — who snatched Maddy’s beloved plastic duck on the way out and took it with her (Maddy has not been nice to her, she complained). 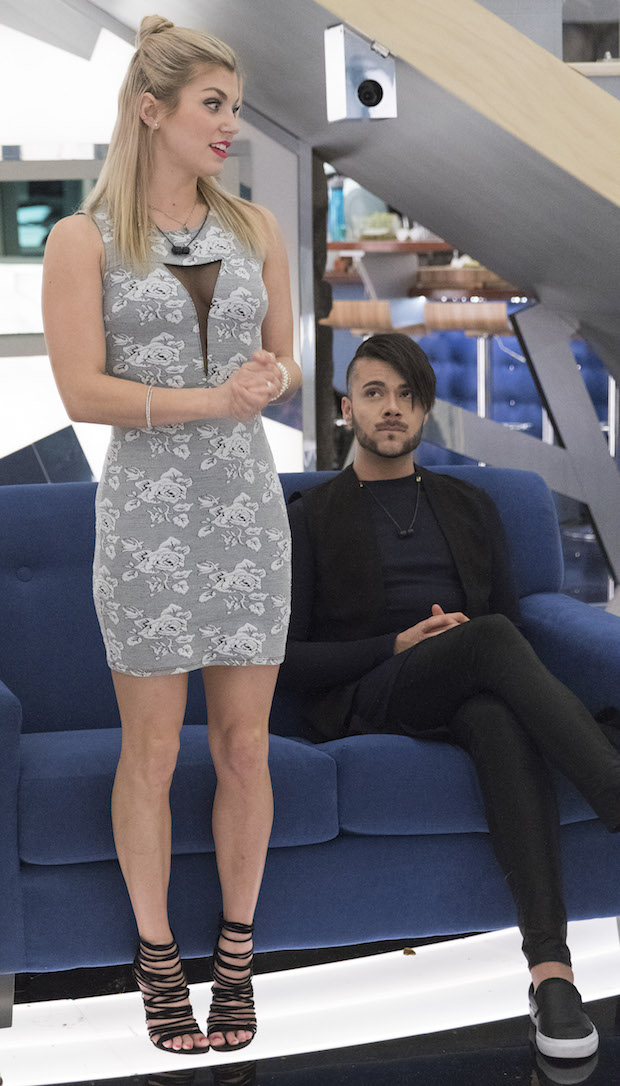 Next came the HOH competition, which wound up with Maddy named the new Head of Household. And who did she put up on the block? Jared and Raul (again!).

But first came a wacky roller-disco challenge to determine who’d win Power of Veto — which wound up going to Nick, who used the POV to save Jared, which meant Maddy had to choose a replacement nominee — and plunged the knife into Loveita’s back.

Loveita spoke first: “The people in the game are my people, and I will remain loyal to those people,”; she said. “I respect Maddy’s decision to put me up on the block, and yeah, I hope you all vote from the heart and choose the person who’s best for your game.”;

Then it was Raul’s turn, and he was a bit more concise: “I’m just here to look pretty!”;

The votes were read, and the evening’s second evictee was Loveita, in a 7-2 vote. 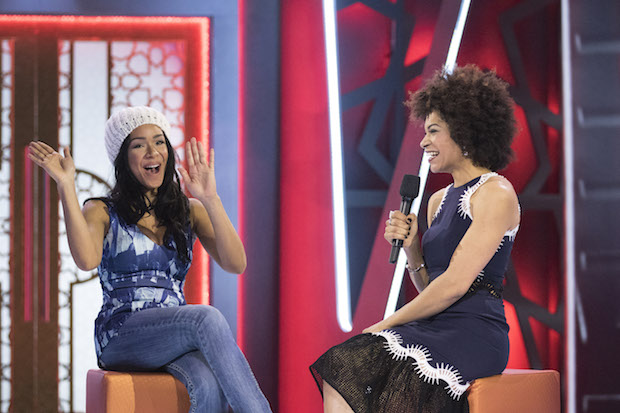 Then Arisa dropped the bombshell: Loveita and Kelsey were staying in the house (albeit in a secret room), where they’ll watch the goings-on, occasionally listen in and even get the chance to control what happens inside the house. And what determines which of the two will get back in the game? That, explained Arisa, was for another night. 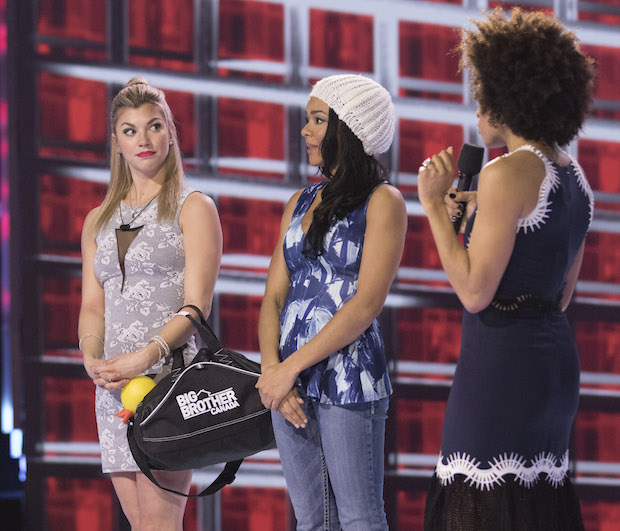 In addition, you can also catch Big Brother After Dark (each night at midnight on Slice) and, of course, the ever-addictive live feeds can be viewed 24/7 online at BigBrotherCanada.ca — featuring a new fifth live feed!