Charlize Theron On Her Career: My Beauty Has Held Me Back

Striking a sultry and confident pose on the cover of British GQ‘s latest cover, it’s undeniable that Charlize is one of Hollywood’s most beautiful leading ladies.

And while her looks might help her land on the covers of the world’s biggest magazines, and nab her some of the most covetable campaigns in fashion, Theron admits that it’s done nothing but hold her back in the acting world. “Jobs with real gravitas go to people that are physically right for them and that’s the end of the story,”; she tells British GQ. “How many roles are out there for the gorgeous, f–king, gown-wearing eight-foot model? When meaty roles come through, I’ve been in the room and pretty people get turned away first.”; 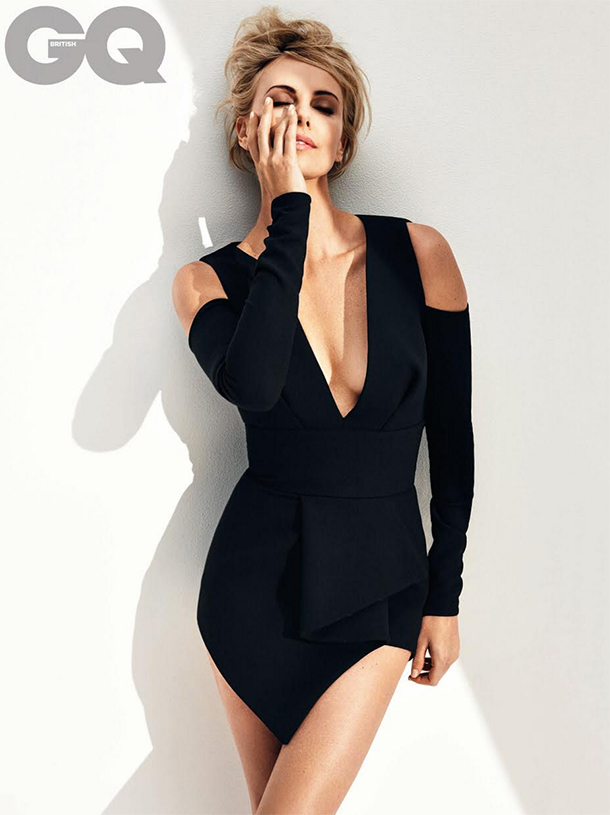 Theron returns later this month in The Huntsman: Winter’s War, where she reprises her role as the evil queen Ravenna. As “the fairest of them all,” casting directors turned to Theron for her rare combination of beauty and range. But the leading female role, she admits, is a rare occurrence in an industry so fixated on perfection.

RELATED: Charlize Theron On Clashing With Tom Hardy On “Mad Max’: “We Struggled So Much’

Touching upon the hot topic of youth in Hollywood, Theron commended peers such as Helen Mirren, Meryl Streep and Olivia Wilde for speaking out against ageism in the industry. “We live in a society where women wilt and men age like fine wine. And, for a long time, women accepted it,”; she said. “We were waiting for society to change, but now we’re taking leadership. It would be a lie to say there is less worry for women as they get older than there is for men…It feels there’s this unrealistic standard of what a woman is supposed to look like when she’s over 40.”;