The Duke and Duchess of Cambridge are safe and sound after an earthquake hit parts of eastern India on Wednesday night.

Tremors from the 6.9-magnitude earthquake could be felt in the Indian states of Assam, which is home to Kaziranga National Park — a site toured on Wednesday by Prince William and Princess Kate during their week-long trip to India.

“Tremors were felt across the region. Everyone is okay,”; a palace spokesman confirmed.

A Royal watcher for the Daily Express in London, meanwhile, tweeted, “The Duke and Duchess of Cambridge and their party felt tremors from the Myanmar earthquake in Kaziranga National Park.”

The Duke and Duchess of Cambridge and their party felt tremors from the Myanmar earthquake in Kaziranga National Park. Everyone is safe.

Hours before the earthquake struck, the Royals went on Safari together and were spotted feeding baby rhinos and elephants. 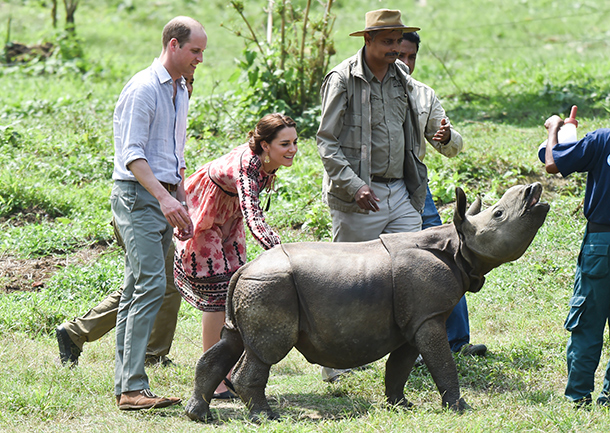 While earthquakes are a common occurrence in India, the tremors most likely shocked the future King and Queen of England.

The Prince and Princess complete their tour of India on Thursday before making their way to Bhutan.