Host of the Grammys, Alicia Keys started the show off in a big way.

The women say what music means to them, including Gaga noting that people have called her weird but “music told me not to listen to them. Music took my ears, my voice and my soul.”

Obama adds that she “wore out” her Motown records to the “we run the world” songs of today as she held hands with JLo. 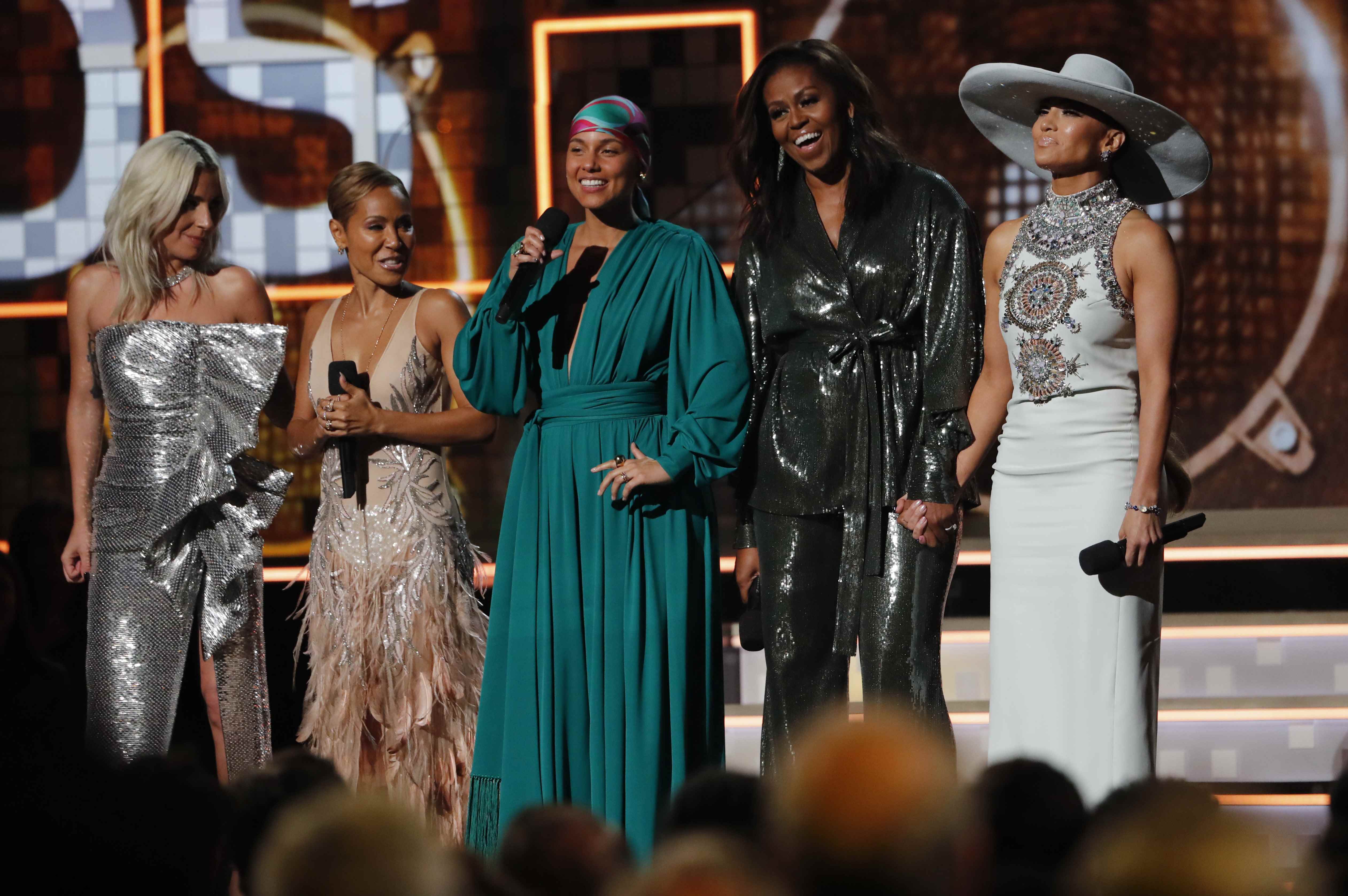 She continued over the screaming of the crowd: “Whether we like country or rap or rock, music helps us share ourselves, our dignity and sorrows, our hopes and joys. It allows us to hear one another to invite each other in. Music shows us that all of it matters — every story within every voice, every note within every song, is that right ladies?”

RELATED: Bebe Rexha Selects Gorgeous Monsoori Gown For The Grammys After Being Told She Was ‘Too Big’ By Some Other Designers

Twitter loved that the former First Lady helped out her good friend Keys by making an appearance.

“Michelle obama has a room full of superstars star struck,” wrote one person.

michelle obama has a room full of superstars star struck

After the appearance, Obama posted on Twitter that she was “thrilled” to be there because “a big part of friendship is showing up for your girls.”

She added that Keys “is one of the most genuine and thoughtful people I know.”

A big part of friendship is showing up for your girls—that’s why I was thrilled to be there for the one and only @aliciakeys at the #GRAMMYs. She is one of the most genuine and thoughtful people I know—there’s no one better to help us all celebrate the unifying power of music! pic.twitter.com/8cMhTmsClA