Jennette McCurdy is opening up about her past eating disorders.

In an emotional essay for the Huffington Post, the “iCarly” alum revealed the pressures of the spotlight caused the battle.

“My disordered eating started when I was 11. As a child actress working in Hollywood, I quickly learned that remaining physically small for my age meant I had a better chance of booking more roles,” she wrote in honour of National Eating Disorders Awareness Week. “Unfortunately, I had a trusty and dedicated companion ready to help me with my burgeoning anorexia: my mom!”

RELATED: Nickelodeon Is Reviving ‘All That’ With Kenan Thompson

According to McCurdy, her mom was in-and-out of hospital dealing with her own eating disorders, and she’s “not convinced [my mom] ever overcame her disordered eating.”

And with the success of “iCarly”, the obsession with “health” grew, “I became even more fixated on food and my body. I monitored every bite I took. I exercised obsessively. I measured my thighs with a measuring tape every night before bed.”

Finally at 23, the “Sam and Cat” actress, now 26, met with an eating disorder specialist, “Recovery was brutal. It felt like breaking up with a bad boyfriend whom I loved even though I knew I shouldn’t,” she said. “He treated me poorly, he ruined my life, he consistently devastated me, and yet, without him, who was I really?”

And now, despite any missteps, McCurdy remains focused, “Anytime I’ve had a slip, I’ve gotten back on my program. It’s been two years, and I’m doing well, recovering and moving forward. I still get eating disorder urges, compulsions and occasional fantasies. I still hear that old eating disorder voice, but luckily I hear it less and less often.”

She added, “And when I do hear it, I now have the tools to muffle it.” 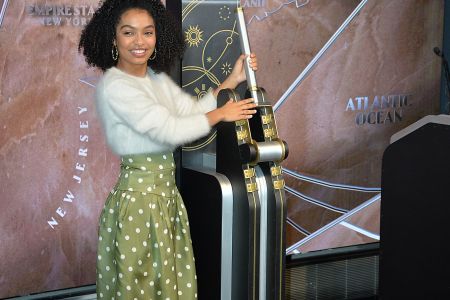