Chiwetel Ejiofor Talks ‘Love Actually’: ‘There’s Something Of That In The Storyline, Which Is Certainly Worrying’

Some actors have those roles that stick with you. For Chiwetel Ejiofor, that role is starring opposite Keira Knightley in “Love Actually” as Peter.

Referring to his best friend in the film Mark, played by Andrew (Andy) Lincoln who falls in love with his wife he adds, “Course Andy’s a bit of a weirdo in that film.”

Mark goes behind his back in the movie to win the affection of Juliet (Knightley) who just married Peter to the point of nearly stalking her. 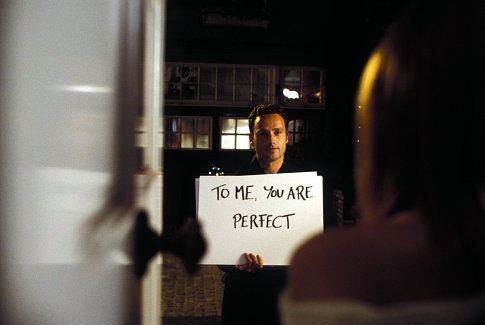 “There’s something of that in the storyline, which is certainly worrying. I never saw him the same way after that, but I did set the zombies after him, so he got his comeuppance in the end,” the director of “The Boy Who Harnessed The Wind” jokes.

Despite the questionable storylines of “Love Actually”, Ejiofor says it is “so fully romantic and optimistic.”

“I think people do look for that,” he adds. “They looked for it then when the film came out. They look for it now, maybe even more so now. People want to engage with things that are optimistic and light and have a lot of positivity.”