Demi Lovato is opening up about her apparent overdose.

The Grammy-nominated singer, 26, would have celebrated seven years of sobriety on Friday but instead, she looked back on her relapse.

In emotional Instagram posts, Lovato details her own “mistakes” while speaking out to those who are suffering from addiction.

“Today I would’ve had 7 years sober,” she wrote to her Instagram story. “I don’t regret going out because I needed to make those mistakes but I must never forget that’s exactly what they were: mistakes.”

She continued, “Grateful that AA/NA never shuts the door on you no matter how many times you have to start your time over. I didn’t lose 6 years; I’ll always have that experience but now I just get to add to that time with a new journey and time count.

In her last post, she spoke directly with those currently suffering, telling them they are not alone. “If you’ve relapsed and are afraid to get help again, just know it’s possible to take that step towards recovery,” Lovato wrote. “If you’re alive today, you can make it back. You’re worth it.”

Last July, Lovato suffered an apparent overdose at her home in Los Angeles. After being hospitalized for more than a week, Lovato entered treatment at an in-patient facility.

If you or someone you know is suffering from addiction, you can find the correct phone number to call for help from your province here. 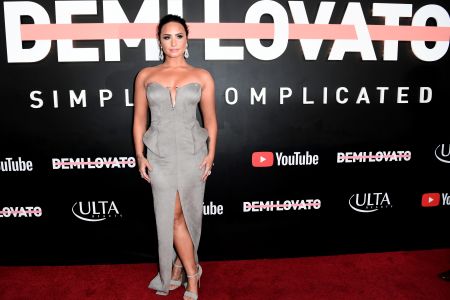