Sarah Hyland has been released from the hospital where her boyfriend Wells Adams was there to cheer her up. He shared an adorable Instagram story of the two of them singing a song about National Puppy Day after he shared many photos of his own pup.

Sarah Hyland is apparently back in the hospital, with the “Modern Family” star sharing a photo on her Instagram Stories in which she’s in a hospital bed.

Hyland, 28, has been open about her health struggles over the years, which includes undergoing a kidney transplant at age 21 and a second one in 2017.

Hyland’s medical issues this time aren’t known, although in earlier social media posts she said she was suffering from pink eye and a viral respiratory infection, which apparently exacerbated her endometriosis, and was running a fever of 101.4 degrees F.

If her latest post, which she issued on Thursday, is any indication, Hyland is maintaining her sense of humour while hospitalized. “Always bring a face mask and a silk pillow to the hospital,” she wrote. 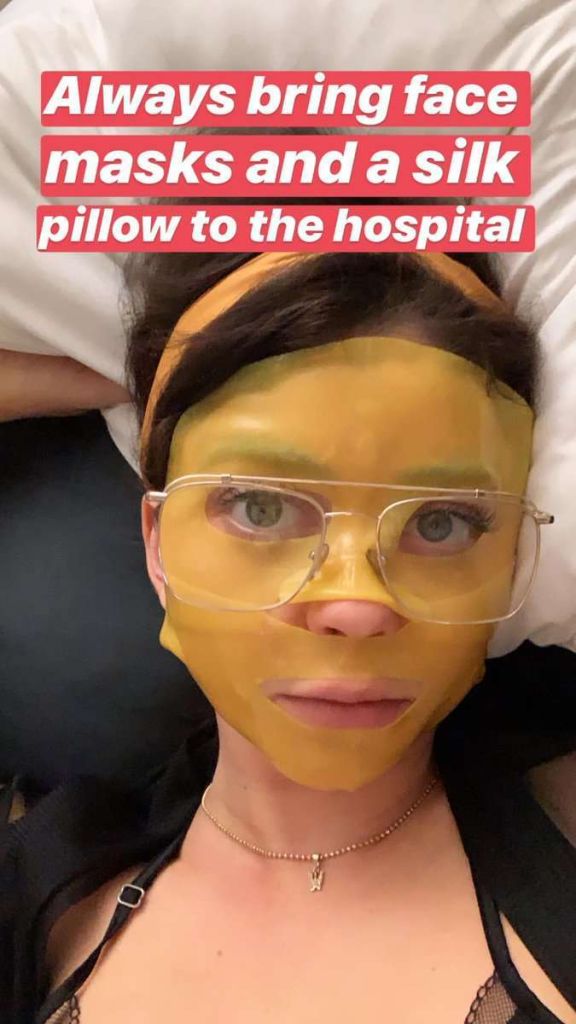 Earlier this year, Hyland opened up about her health struggles during an appearance on “The Ellen DeGeneres Show”, admitting the chronic pain she was suffering led her to have suicidal thoughts.

“I have an amazing job and an amazing support system, but after 26, 27 years of just being sick and being in chronic pain every single day, you don’t know when you’re going to have the next good day,” she added. “It’s really, really hard.”