It has been six years to the day since Ariana Grande and Mac Miller’s first duet came out.

Grande marked the day and paid tribute to Miller on Instagram.

She put up a simple photo on Stories: 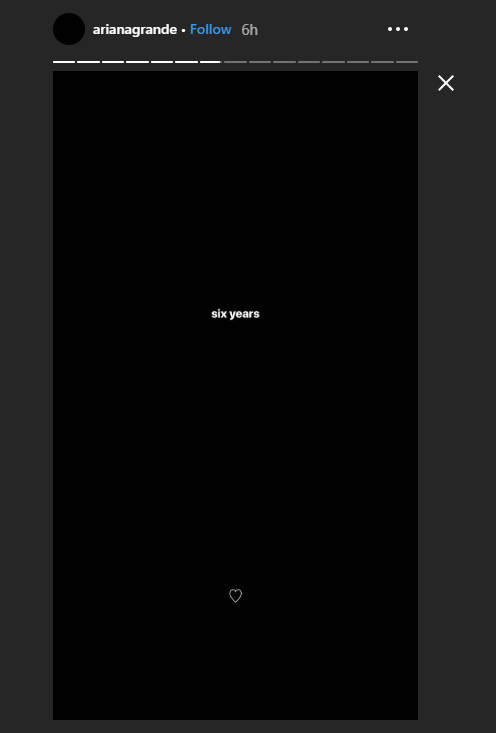 Grande also posted a photo with Miller’s dog, Myron, who is now living with the “Thank U, Next” singer.

real protective wit my soullll where YOUUUUUU been

Today also marks another milestone for Grande, her song “7 Rings” has been at the top of the Billboard Hot 100 for seven weeks. She is one of only 20 acts to be at the No. 1 spot for seven or more weeks with at least two singles.