With a whopping 11.8 million followers on Instagram alone and 1.2 million on Youtube, it’s safe to say that Shay Mitchell has got the makings of an empire on her hands.

The Toronto-native can be seen on the big screen this month alongside Hollywood heavyweights Jennifer Aniston, Julia Roberts, Kate Hudson and Courtney Cox in “Mother’s Day,” and meanwhile, sizzles on the cover of Cosmopolitan‘s newest issue where she opened up about her career, social media and her approach to love.

“My Instagram is like an art gallery—no blurry photos,” she says of her perfectly curated feed. “Come to Snapchat and see it all being made. Instagram is the appetizer. Snapchat is the meal.” 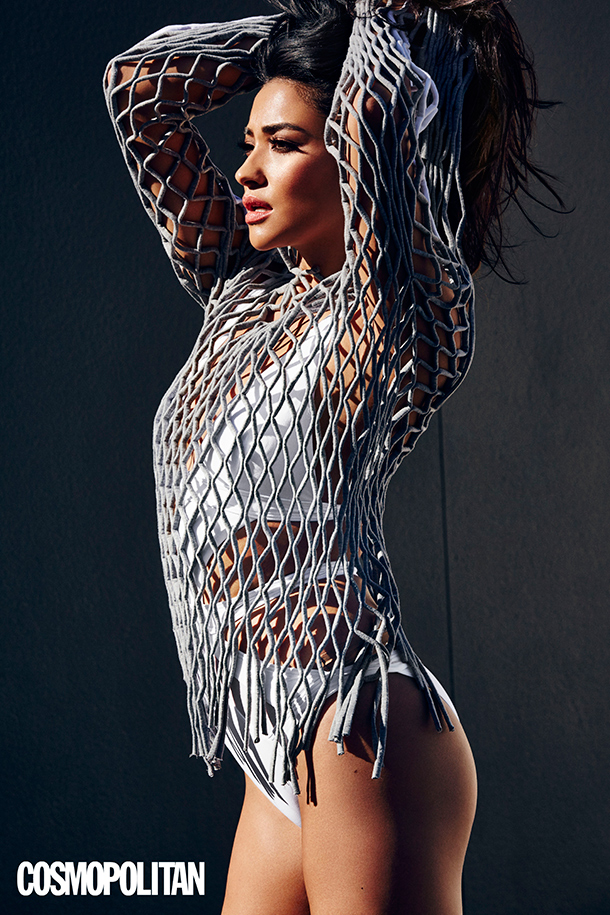 Fresh from her stint as co-host on “Live! With Kelly and Michael,” the actress proves that she truly can do it all and that her future holds huge potential well beyond the realm of acting, allowing her to call her own shots. “I’d rather have a company,” she admits. “I don’t want to be dependent on a call from my agent—taking projects I’m not okay with because I need to.”

“To be honest, winning an Oscar is not one of my goals,”; she adds.

As for love, Mitchell also gets candid on potential boyfriends or girlfriends, telling the magazine that she’s “never going to label herself” gay, straight or bisexual.

“When I started, people were like, ‘What are you?’ I’m like, right now I’m dating a guy. I don’t know what it’s going to be in three years. You love who you love,” she reveals. “Black, white, polka-dot, that’s what my dad always said…I could be 50 and dating a woman and then what? I said I was straight and now I’m not?'”

Pick up Cosmopolitan‘s June issue, hitting newsstands on May 10.