SPOILER ALERT: Stop reading NOW if you haven’t yet seen tonight’s eviction episode of “Big Brother Canada”; (or live on the West Coast, where it hasn’t aired yet).

With only one week to go until the season finale, viewers watched as the final five became the final four, with Cassandra and Joel placed on the block in a classic “Big Brother Canada”; brains-vs.-beauty eviction after Tim broke up the “Threekshow”; alliance.

Cassandra summed it up best when she said, “Joel, this sucks!”;

After some woulda, coulda, shoulda among the self-professed “weirdos,”; with Joel (assuming he’s a goner) throwing himself a pity party, Cassandra secretly revealed she’s a player in this dog-eat-dog game, admitting she’s planning to use “Joel’s weakness to my advantage.”;

After Cassandra made a tearful confession to the brothers (i.e. strategy) and finessed some world-class manipulation, she marvelled that her plan to let everyone else do her dirty work by throwing Joel under the bus appeared to be working.

When it came time for Joel to make his closing argument, he came out guns blazing, blasting the remaining houseguests for their double-dealing, backstabbing behaviour.

When the chips dropped and the dust settled, the houseguest sent home this week was… 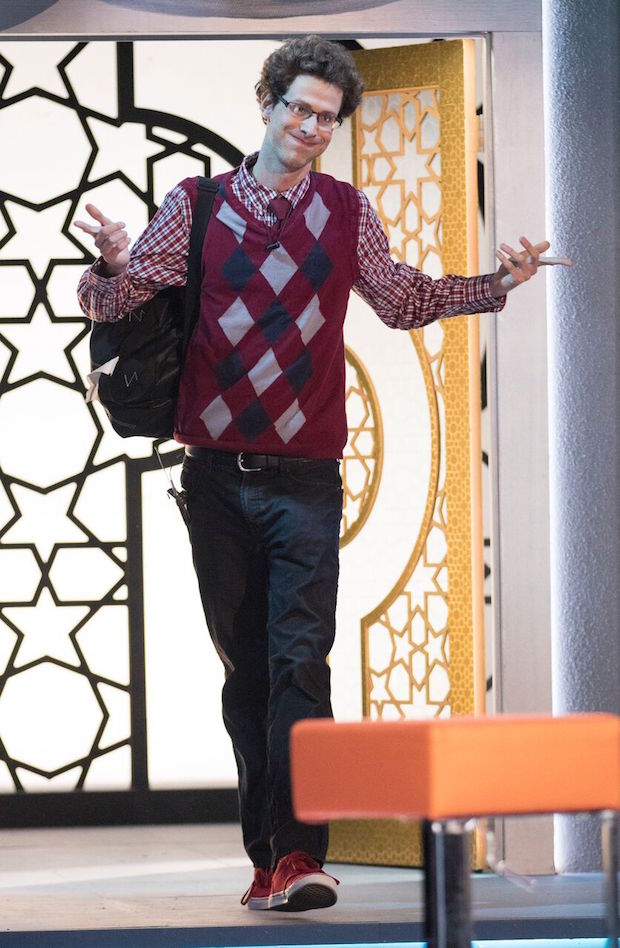 … Joel, evicted in a 2-0 vote, lamenting his fate in his exit interview with host Arisa Cox.

“You just blew up everybody’s game. Where was that guy for the past week?”; asked Arisa of Joel’s incendiary speech. “Where was he hiding?”;

“He was hidden insider here and that stuff needed to be let out,”; Joel admitted. “Nick and Phil say that they’re people of honour and integrity, but they really aren’t, and they needed to hear it.”;

Following his eviction, Joel sat down with ET Canada to discuss what went wrong.

There are only three episodes left,with the fourth season finale airing on Thursday, May 12. “Big Brother Canada”; airs on Global — Wednesdays at 9 p.m. ET/PT, Thursdays at 8 p.m. ET/PT and Sundays at 7 p.m. ET/PT,

You can also catch “Big Brother Canada After Dark”; (each night at midnight on Slice) and, of course, the ever-addictive live feeds can be viewed 24/7 online at BigBrotherCanada.ca.