Julia Louis Dreyfus Opens Up About Breast Cancer Diagnosis, Her Feelings About A ‘Seinfeld’ Reunion

Julia Louis-Dreyfus can currently be seen in her Emmy-winning role as former President Selina Meyer in the final season of HBO’s wickedly funny political comedy “Veep”, and the former “Seinfeld” star opens up for a candid interview in the new issue of Porter Edit.

Prior to the current season of “Veep”, Louis-Dreyfus was diagnosed with breast cancer, and she opens up about her decision to reveal the devastating diagnosis to her 1.2 million Instagram followers.

“If I hadn’t had a show that was relying on me, I don’t know that I would have gone so public with it,” admits the 58-year-old star. “But I had 200 people waiting to go back to work. And I wanted to talk about it in a way that could maybe highlight something important. Universal healthcare was an important issue to me prior to getting this diagnosis, and it certainly is even more so now.”

However, she says that her cancer diagnosis brought everything in her life into perspective. “[Cancer] finally crystallized my priorities, which didn’t really need that much crystallization. But I would certainly say that I have an even deeper appreciation for the good stuff. That sounds corny, but it’s f**king true,” she explains. 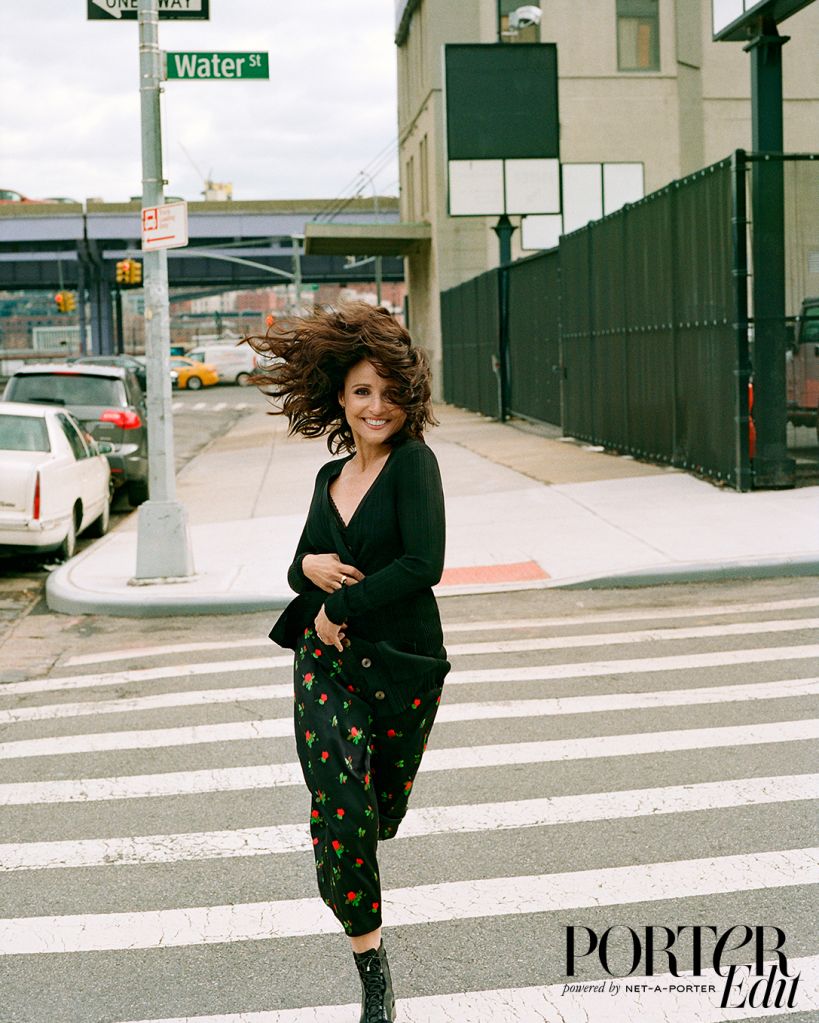 She also discusses how she continued working while undergoing six rounds of chemotherapy.

“We weren’t shooting, but I read scripts,” she says. “My rounds of chemotherapy were three weeks apart, so at the end of every three weeks I would go in and do table reads. The effects of chemotherapy are cumulative, so I definitely felt that more towards the end, but going to work was a very joyful distraction, and I was so pleased to have the strength to do it. To be creative for a living, to make people laugh or cry, is a f**king gift. I love it and I love hard work to that end.”

With “Veep” set to bow out at the end of this season, Louis-Dreyfus looks back at that other show for which she’s known, and explains why she has no interest in a “Seinfeld” reunion.

“I don’t want to sully it,” she declares. “It was pretty special and it’s been a long time now. You don’t want to f**k something like that up.”

RELATED: Julia Louis-Dreyfus Opens Up About Sister’s Death: ‘It’s Been A Very Bad Period Of Time’

You can read more with Julia Louis-Dreyfus in the new issue of Porter Edit.