Nick Jonas is about to get honest about his complicated breakup from Olivia Culpo.

The “Close”; singer opens up about his split from the Miss USA winner and how it became the main inspiration for his new album, Last Year Was Complicated, in the summer issue of OUT magazine.

“I made a real point to tell stories as honestly as I could,”; he says. “It became very clear what it was going to be about, after the breakup. I just dove in headfirst and wrote about all of it. I think it was the most meaningful relationship I’ve ever been in, and it was the longest.”;

NEWS: Nick Jonas Reveals His First Kiss Was With Miley Cyrus — and He Had “Terrible Breath’ 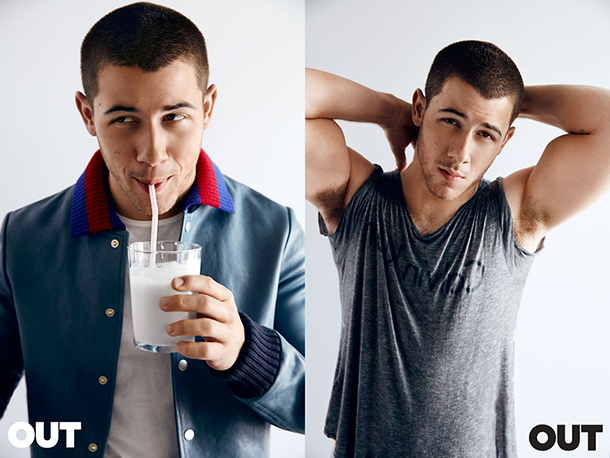 The 23-year-old pop star dated the pageant queen for two years before going their separate ways last summer. Shortly afterward, Jonas spoke to ET about the breakup, saying he was “doing OK”; but it was “very tough.”;

“We had a beautiful two years together and [I have] nothing but love and respect for her,”; he told us. “It’s always hard and my thing now is focusing on my work and staying as busy as I can, as creative as I can be. These are the times you’ve just got to dive in and get lost in your work.”;

The youngest Jonas brother’s album drops on June 10, and while he’s promising to bare his soul on his new tunes, he admits in the magazine that public scrutiny over his relationships “definitely sucks.”;

“It sort of feels like, on top of dealing with the situation with the person, you have to be thinking about other people’s opinion about it, and without all the information,”; Jonas explains. “The fact that people were intrigued by a 14- or 15-year-old’s relationships was strange to me. Now I think it makes a bit more sense.”;

WATCH: Nick Jonas Debuts Sexy “Close’ Music Video, Reveals He “Can’t Open Up and Be Vulnerable With Someone’

Culpo wasn’t the only celeb influence on Last Year Was Complicated, as Jonas name drops Jay Z as the mastermind behind the album’s name, revealing he previously considered naming it “Unhinged.”;

“When I was working on this album, Jay Z asked me what it was about. I said it was about the past year of my life and that year was complicated,”; the “Jealous”; singer recalls. “Jay Z said, “That’s the name of your album:Complicated.'”;

Meanwhile, Jonas has been sparking dating rumors with Kate Hudson, 37, for months now and the twosome reunited for dinner in NYC last week. Jonas previously played coy on the status of their relationship, only admitting they have a “beautiful connection.”;

Find out more in the video below.