SPOILER ALERT: If you haven’t seen Friday night’s episode of “Dynasty” and the huge game-changing twist it contained, then be warned that spoilers await.

“Dynasty” fans were stunned and saddened when Nicollette Sheridan announced she’d be leaving the show, revealing in a statement she wanted “to spend precious time with my terminally ill mother,” hoping “that my fans will embrace my successor with as much passion as they embraced me.”

In Sheridan’s final episode, her character — devious Alexis Carrington — was pushed into a burning fireplace, burning her face and setting the stage for plastic surgery that would explain the casting of a new actress in a role.

In Friday’s episode of the CW series, viewers finally caught their first glimpse of Alexis post-surgery in a dramatic scene when a nurse removes the bandages from her face for a shocking reveal that nobody saw coming.

RELATED: Nicollette Sheridan To Exit ‘Dynasty’ In Order To Focus On ‘Family Responsibilities’

That’s right: Alexis’ new face is that of her own daughter, Fallon, with actress Elizabeth Gillies apparently now playing both roles on the show thanks to the bonkers plot twist. 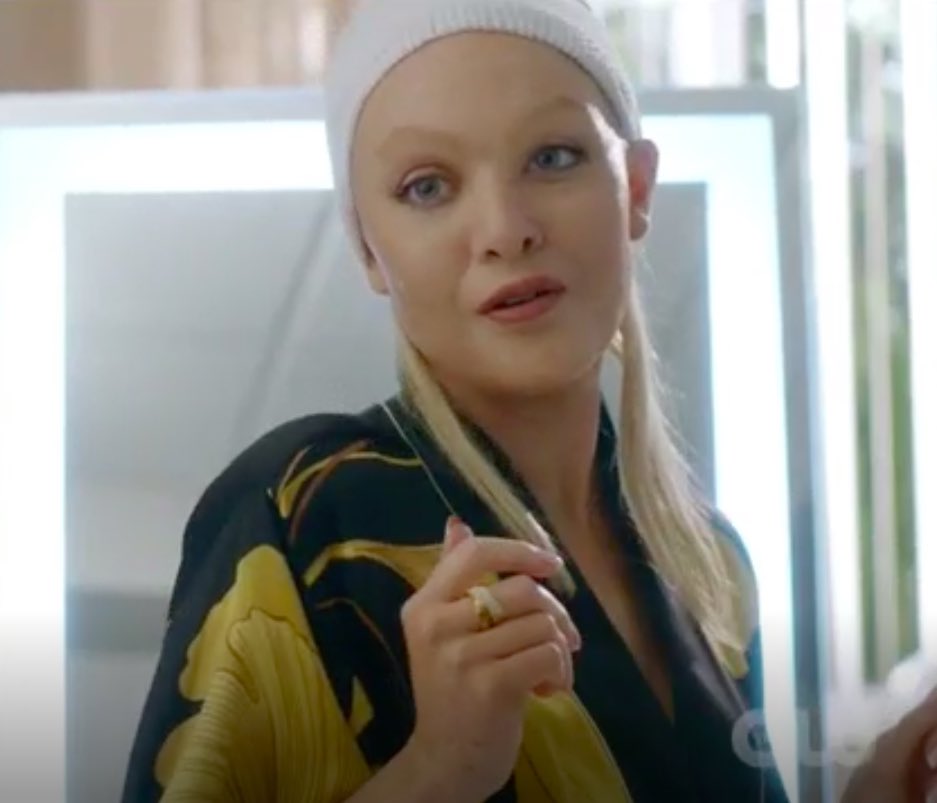 Check out this sampling of fan reaction from Twitter:

Hold TF up… They are having Liz Gilles do double duty as Fallon AND Alexis???!!! #Dynasty pic.twitter.com/0q7VFGdpcr

i can’t believe they really put liz’s face onto alexis i’m- (thank u @steammy_dynasty for this screenshot!!) #Dynasty pic.twitter.com/mHkjsuqUOr

Me when Alexis turned around #dynasty pic.twitter.com/d9JoETuwEb

I’m confused about the end of @cw_dynasty Why does Alexis look like Fallon and why do her and Adam like that she looks that way? #dynasty

But Alexis at the end tho #Dynasty pic.twitter.com/yowJv9mIax

Sorry they didn't actually hire someone new to play Alexis they are just getting Elizabeth Gillies to do both roles? The new "Alexis" is so creepy looking #Dynasty

Alexis’ face reveal on Dynasty omggg why is that show such a mess pic.twitter.com/EvstlNRPYt

I can't believe they did this to Alexis, so creepy, WTF? This show is unreal. #Dynasty pic.twitter.com/4L7FUfsrkd