Calvin Klein has taken the sexy scale to a whole new level in its new “My Calvins” campaign and yes… it is definitely NSFW.

Although pushing boundaries on what is “too sexy” for an ad is nothing new for the brand, the new campaign pushes the concept of double entendres way beyond.

According to the eye-catching campaign, TV personality turned model, Kendall Jenner likes to “eat” in her Calvins. This may sound relatively PG until you pair the photo of her kissing a rosebud. 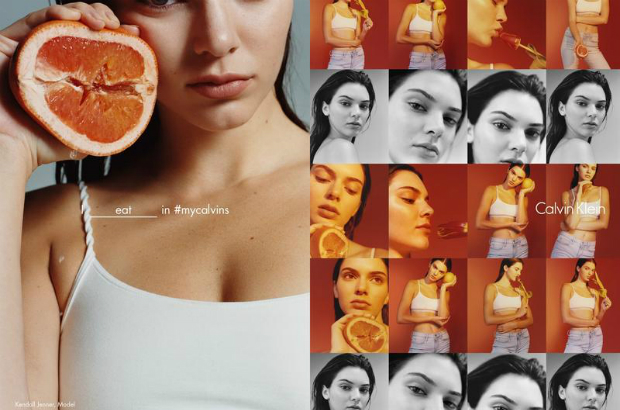 Jenner isn’t the only model featured in the racy campaign. Abbey Lee Kershaw is shown grabbing her crotch, with the words, “I pulse in #mycalvins,” placed boldly on the photo. 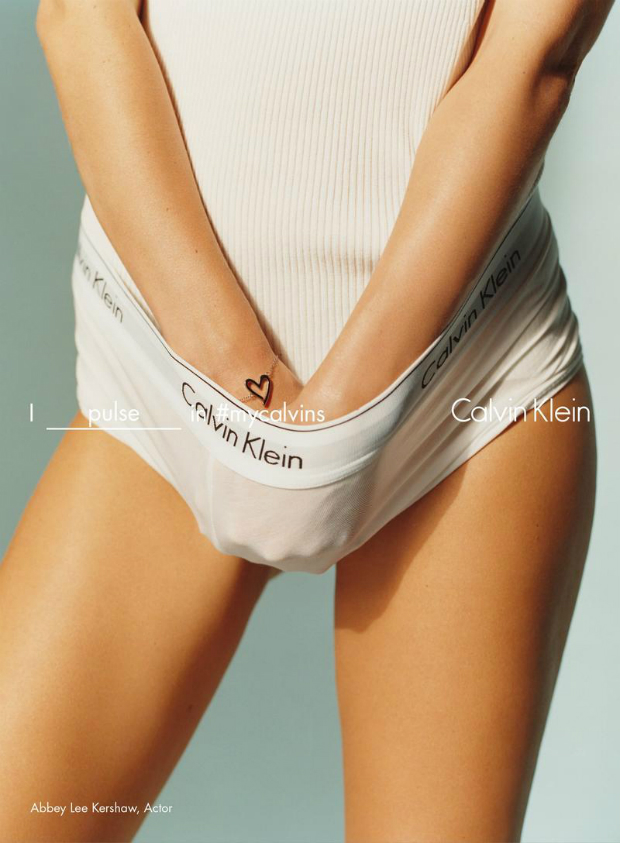 That’s not all. Actress Klara Kristin is pictured in a very provocative pose, claiming she apparently likes to “enchant” in her Calvins. 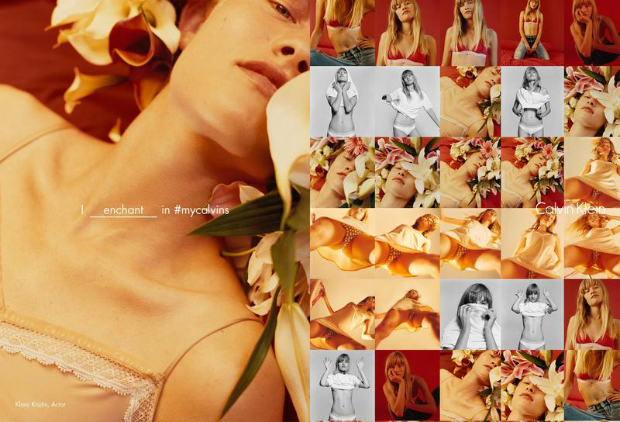 Check out the rest of the campaign at Fashion Copious.