It’s going to take a lot more than a few horses and a slew of celebrity cameos to impress Queen Elizabeth! The 90-year-old royal attended her birthday celebration at Windsor on Sunday with many members of her royal family.

Like a boss, Queen Elizabeth arrived at the soiree in a horse-drawn carriage, Cinderella –style, greeting her son, and the evening’s host, Prince Charles at the entrance. 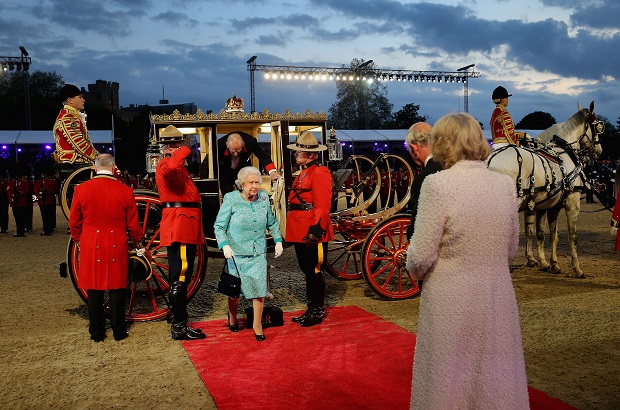 WATCH: Prince Harry and Queen Elizabeth Drop the Mic on the Obamas During Hilarious Twitter Trash-Talking

Clad in a sky blue suit, the monarch sat in the stands with her husband, Prince Philip, Duchess Camilla, Kate Middleton, Prince Harry and more as they watched the Royal Windsor Horse Show.

The crowd looked very animated, holding their hands up to their ears and gasping with one notable exception. The queen looked rather unimpressed by the event, keeping a straight face throughout the evening. (It’s safe to say that before Victoria Beckham or Anna Wintour, Elizabeth had the original RBF!) 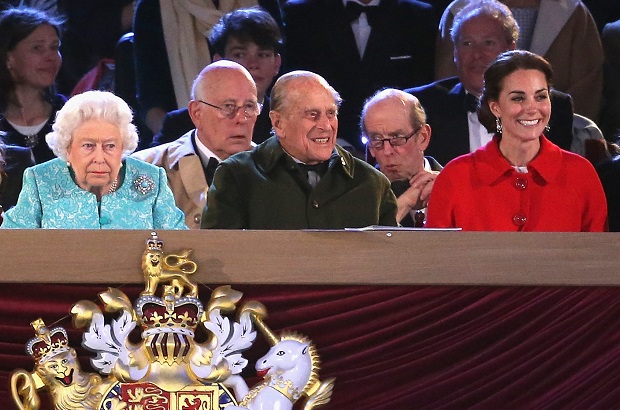 Finally towards the end, she was spotted smiling and clapping after an evening of horses and appearances from stars like Helen Mirren.

Though the Queen turned 90 in April, she doesn’t officially celebrate her birthday until June at the annual Trooping of the Colour. This year she has enjoyed several celebrations, including a recent visit from President Barack and First Lady Michelle Obama.