Lily-Rose Depp is quickly making a name for herself in Hollywood and beyond.

The 16-year-old daughter of Johnny Depp and Vanessa Paradis turned heads at Chanel’s New York art show last year, became the face of their eyewear campaign and has racked up over 1 million followers on her Instagram account. Now, Depp is showing off her acting skills in two incredibly different films.

Reprising a role that originated in Kevin Smith’s man-turned-walrus movie, “Tusk”;, Depp has landed her first starring role in “Yoga Hosers”; as Colleen, a blonde convenience store clerk. She’ll share the screen with her father, who returns to the world Kevin Smith created as a Quebec investigator named Guy Lapointe. The movie is a family affair with mom Vanessa Paradis also appearing in the film as a teacher. Depp shares the screen with her real-life best friend and daughter of director Smith, Harley Quinn Smith. 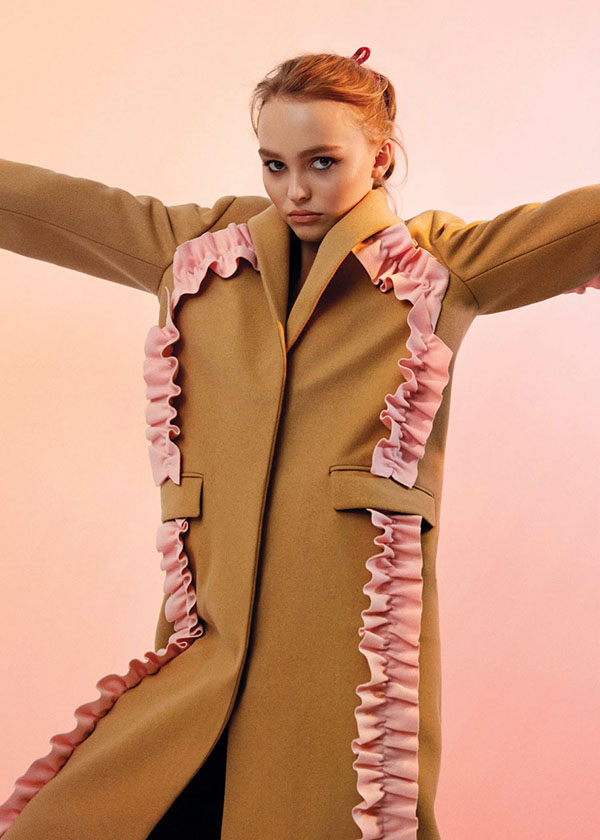 “I learned so much working on this movie,”; the rising star tells V Magazine. “Kevin really helped me come out of my shell as an actress. Being able to feel free and comfortable in your character’s skin is so important. I’m lucky I had such great people surrounding me to help me do that.”;

But it’s the youngest Depp’s other film, “The Dancer”; that is earning buzz at the Cannes Film Festival.

Depp stars as American dancer Isadora Duncan in the French film which explores the complicated relationship between Loie Fuller and her protege, Duncan at the turn of the 20th century. In the film, Depp will share the screen with another up-and-comer, singer Soko. Thanks to her mother’s French background, Depp is fluent in the language, which landed her a part in another highly-anticipated French film, “Planetarium”;, opposite Natalie Portman.

Lily-Rose Depp and Soko talked about their friendship off-set and the inspiration behind their new film, “The Dancer”; at Cannes.