Mindy Kaling is a triple threat in Hollywood but that status does not come easy.

The actress-writer-producer extraordinaire opens up about life in Hollywood when speaking to Glamour for the publication’s June digital cover. “You have this feeling, as a woman, that when you get into Hollywood as a writer and particularly as an actress you have a finite amount of time,” she says. “You have to make your imprint and get your coin, frankly.”

Kaling, 39, also touches on working with other hard-working women like “A Wrinkle In Time” co-star Reese Witherspoon. “It’s really refreshing to work with women who don’t have to conceal how hard they work,” she explains. “I think the process, the work, used to be seen as something you hide because everyone puts a premium on being so effortless.”

“Reese is the most put-together person — I’ve never seen her look like a slob — but she invites you to know how hard she works,” she continues. “Those books she talks about, I’ve been on set and seen her reading her Kindle.”

“I think that’s one of the nicest changes in the last five years: Women don’t have to be these alluring, mysterious cats who get things done and you don’t know how hard they work, how hard they work out, what they’re eating,” Kaling continues. “We now celebrate the fact that women can say, ‘Yeah, I sacrificed this, I have to do this…’ It isn’t effortless.” 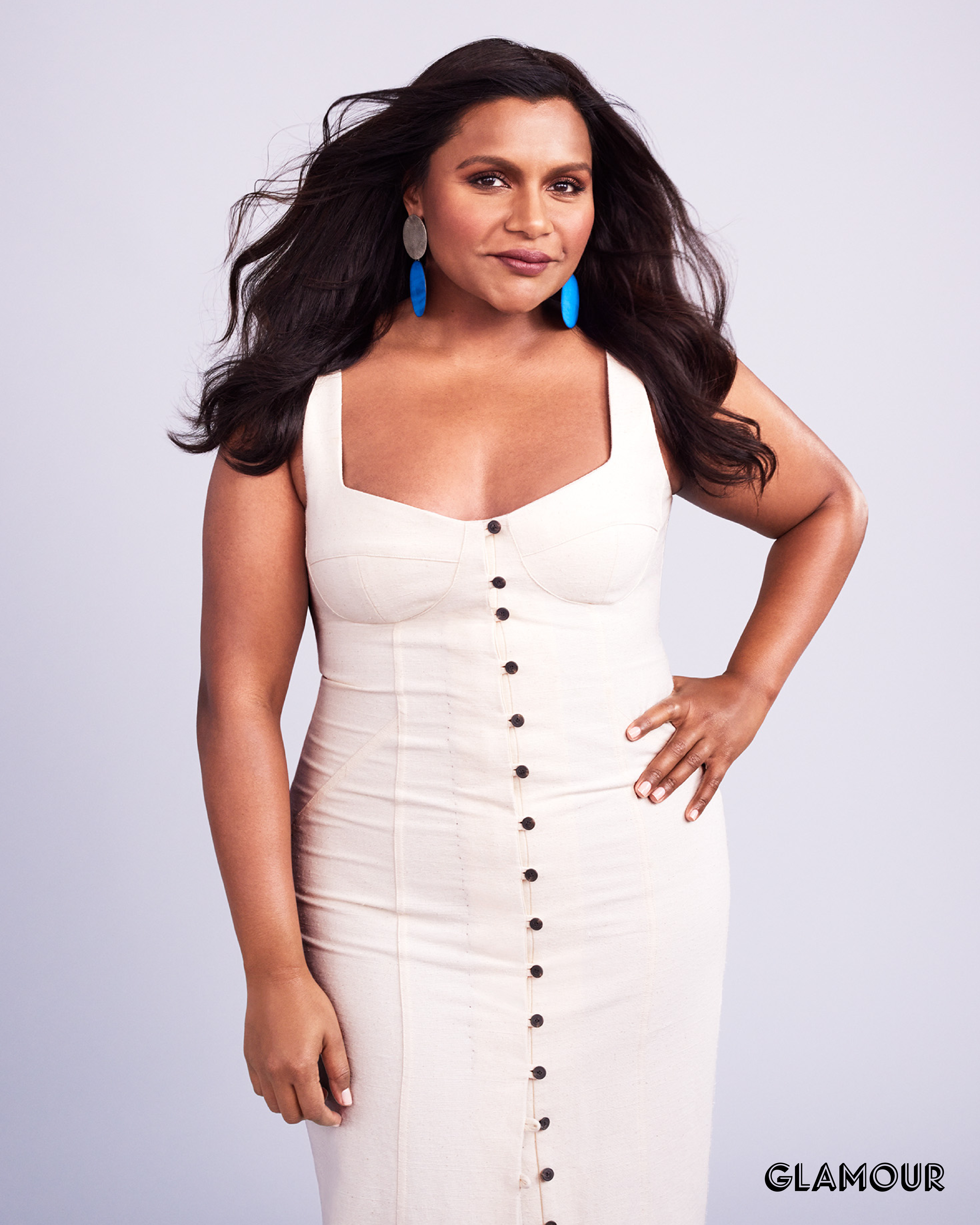 The funny actress tells Glamour what it’s like balancing a public persona on social media while maintaining privacy in some aspects of life. “I’m on social media and like sharing with people what my interests are and how my day’s going and all of that,” she shares. “But I do feel entitled to have privacy about my daughter and my relationships.”

“It’s really essential to my life that there be something not everybody knows about,” she adds. “That’s a boundary, but it’s a very small boundary. Everything else I really don’t have any issue sharing.”

Just because Kaling regularly brushes shoulders with stars does not mean she is completely comfortable in absolutely all social environments. “People may be surprised to hear this, but I think I do have a little social anxiety,” she admits. “Going to parties where I don’t know most of the people is stressful to me. I’ve always had four friends.”

“I love the Met Gala, but the no-plus-one thing has always been a real stressor for me,” she shared for example. “Luckily Anna Wintour made it so that you’re going to a literal museum, where there’s so much to take in. If we weren’t going to a museum and just to an event space, I would need to take a Valium or something before I go because it’s so stressful to me.”

“That’s not really something people know about me,” she concludes. “Because I am so open to one-on-one conversations like this one.”