After a group of men in Boston decided to throw themselves a Straight Pride Parade in protest of LGBTQ Pride Month, the organizers chose Brad Pitt as the parade’s mascot.

The parade will “celebrate the diverse history, culture, and contributions of the straight community.”

Pitt was “adopted” as the “face of this important civil rights movement.” 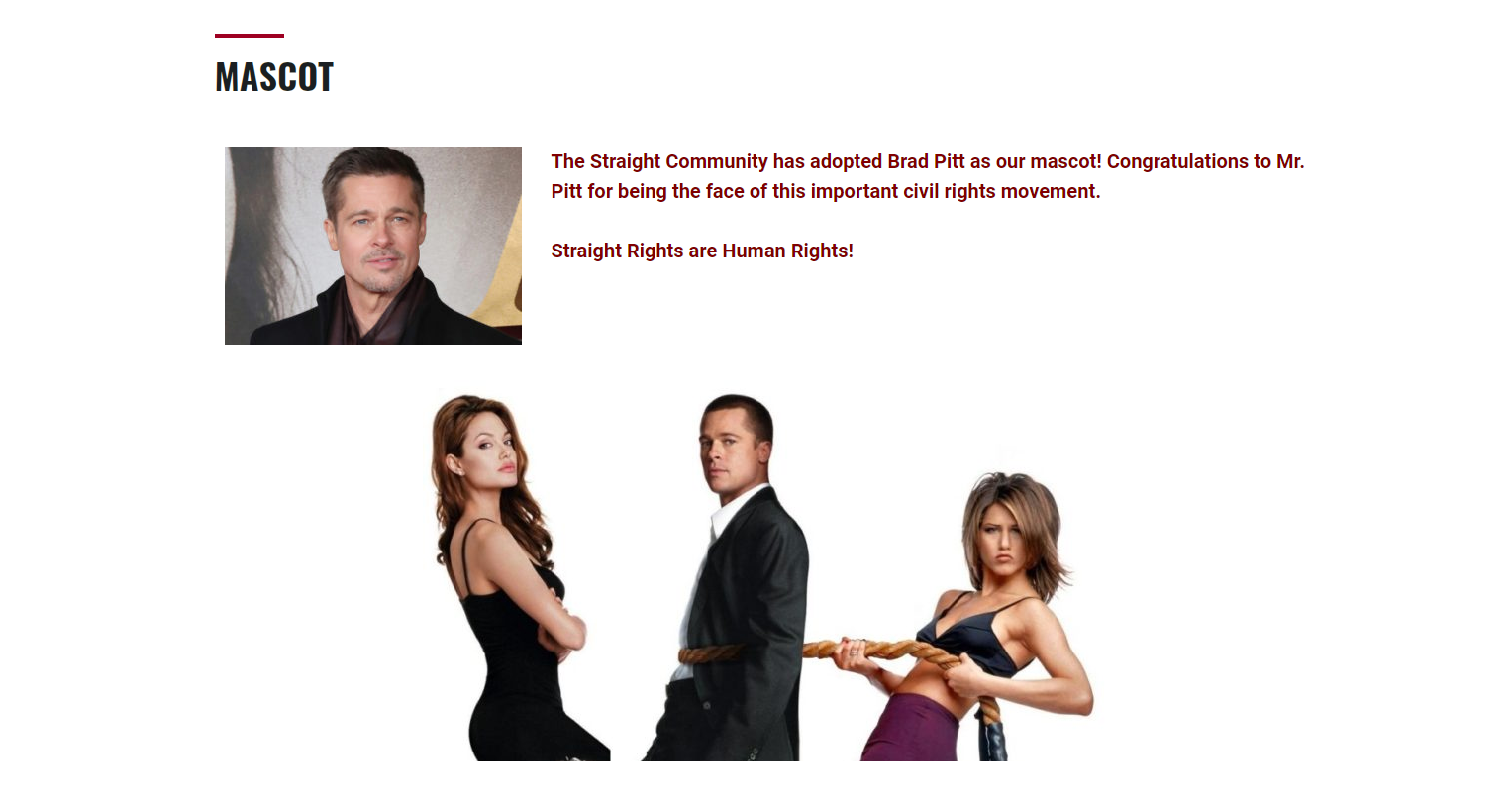 On Friday, the Guardian reported that the group had taken down the photo of Pitt from their website, replacing his image with that of right-wing provocateur Milo Yiannopoulos.

The move came after a source told ET Canada that Pitt’s people had told the organizers that they must stop using his likeness.

Another insider told TMZ that further action would have been taken if the “Fury” actor’s picture is not removed.

RELATED: Brad Pitt And Jennifer Aniston’s Former Home Is Back On The Market For $49 Million

Fellow celebs have spoken out against the Straight Pride Parade that is planned for some point in August. Boston native Chris Evans renamed the parade on Twitter:

Wow! Cool initiative, fellas!! Just a thought, instead of ‘Straight Pride’ parade, how about this: The ‘desperately trying to bury our own gay thoughts by being homophobic because no one taught us how to access our emotions as children’ parade? Whatta ya think? Too on the nose?? https://t.co/gaBWtq2PaL