The cause is close to the model’s heart, following the unlawful slaying of Cecil the lion last summer. The I Am Not A Trophy campaign is a global initiative to bring awareness to the practice of trophy hunting and poaching of endangered species.

Delevingne got involved after a supermodel pal introduced her to campaign photographer Arno Elias.

“I was introduced to Arno’s work after falling in love with the images he did for my friend and fellow model, Suki Waterhouse,”; she tells Marie Claire. “Suki put us in touch and before we knew it we were in Paris shooting together.”;

The stunning series of portraits feature a nude Delevingne in black-and-white, superimposed with images of endangered species, accented with graffiti-style splashes of colour.

Delevingne isn’t just the campaign’s pretty face: she’s also signed on to be a global ambassador for I Am Not A Trophy.

“I plan on being very hands-on with the organization and will do whatever I can to help create awareness for the tragic poaching and trophy hunting that is occurring in Africa,”; she explains. “I’m extremely proud to act as inaugural ambassador for the first-ever, international I’m Not a Trophy campaign, a cause that not only benefits endangered species, but empowers women as well.”; 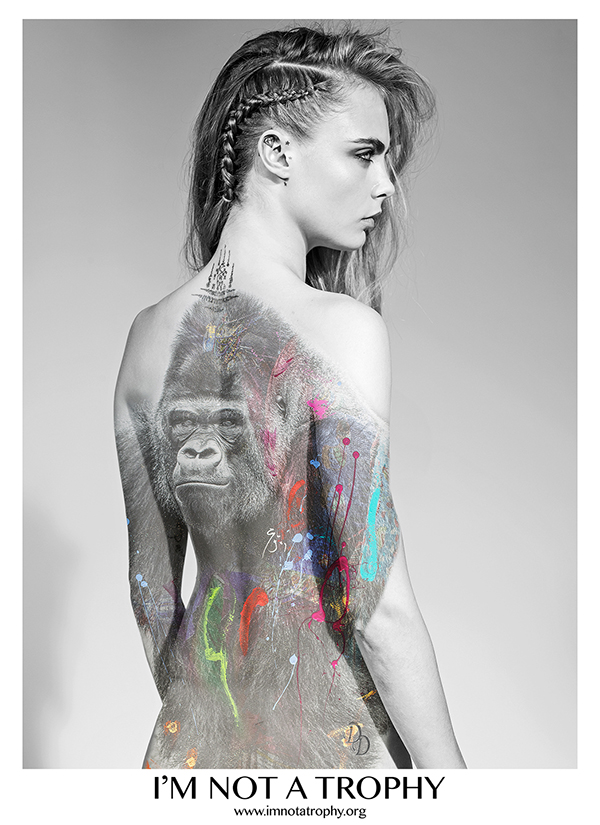 cara delevingne I Am Not A Trophy