A spokesperson for the Toronto Raptors says the team has delayed its return to Toronto after stopping in Las Vegas to celebrate its historic NBA championship victory.

After defeating the Golden State Warriors in Game 6 of the NBA Finals on Thursday in Oakland, the team flew from San Francisco to Las Vegas.

Drake, who is the Raptors’ global ambassador, later joined the team after flying his private jet to Vegas from Toronto.

Videos posted on social media by the resort Wynn Las Vegas on Friday show Drake entering a club with the Larry O’Brien trophy, followed by members of the Raptors.

Employees of the club are seen holding up signs that spell out “WE THE NORTH” as the team walks by, while fans also cheer them on. 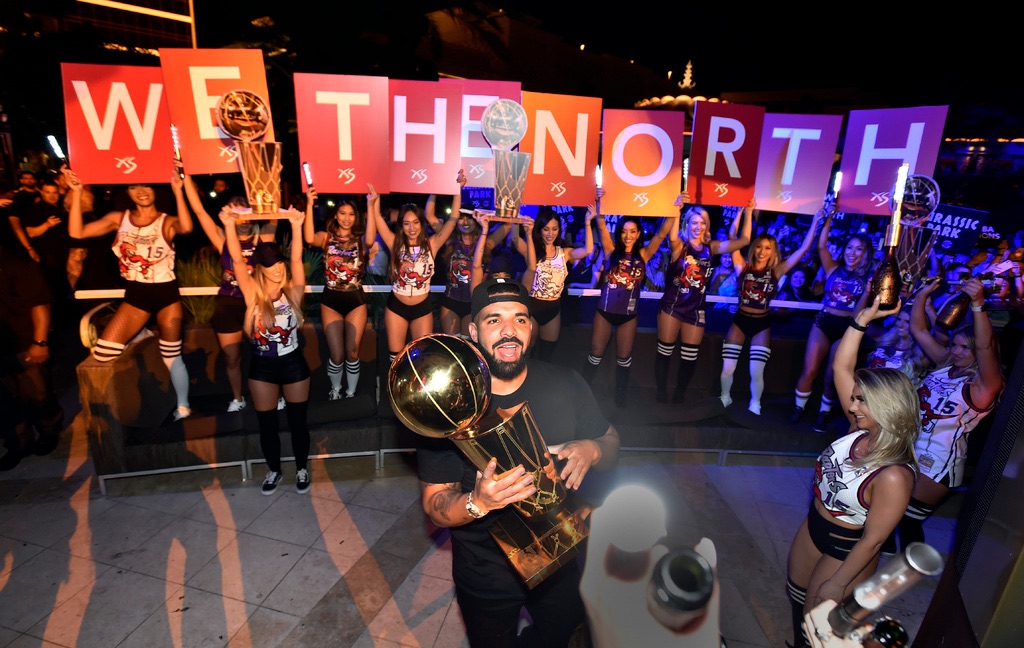 Additional videos posted on Instagram by Raptors forward Pascal Siakam show members of the team drinking champagne on a stage in a club as Drake hypes up the crowd while introducing the 2019 NBA champions.

Since Thursday night, a number of Raptors have also posted photos on social media of themselves with the Larry O’Brien trophy.

Drake too posted a photo of himself with the trophy and videos of balloons that spell out “NBA champions” on his private jet.

The Raptors were set to arrive back in Toronto on Saturday ahead of the team’s victory parade Monday, but announced Saturday afternoon that the arrival would be delayed.

There is no word on when the team is expected to return, but the parade is currently still scheduled for Monday.

Tens of thousands of fans are expected to line the parade route throughout downtown Toronto, with the event scheduled to start at 10 a.m. at Exhibition Place and end around 1:30 p.m. at Nathan Phillips Square.

Global will have full coverage of the parade live on Global Television, Globalnews.ca, and Global News Radio.