It looks like the relationship between Camila Cabello and Matthew Hussey may be no more.

Both Us Weekly and E! News report that the couple have split up after dating for more than a year.

The pair began dating in early 2018 when they were spotted together getting affectionate on a Mexico beach.

Cabello has kept her relationship mostly private in the year since.

Last year she told Billboard, “I know that it would be a lot more interesting for people if I posted more about my private life or was involved in the gossip or whatever. I just don’t like it. I just want to be a good artist. I don’t want to be a great celebrity. I’m not!”

Cabello and Hussey were last spotted together in public back in May.

Cabello posted to her Instagram Stories, asking her fans to stop spreading hate to Hussey.

“To my fans, if you really love me, please do not send people I love and care about hateful things,” she wrote. “You doing that really hurts me, and it’s so unnecessary and heavy and damaging to add more pain to pain. There’s a real person behind your tweets. You spamming them with hateful, insensitive things is really not funny, is causing all of us pain, and doesn’t all reflect the values I talk about.” 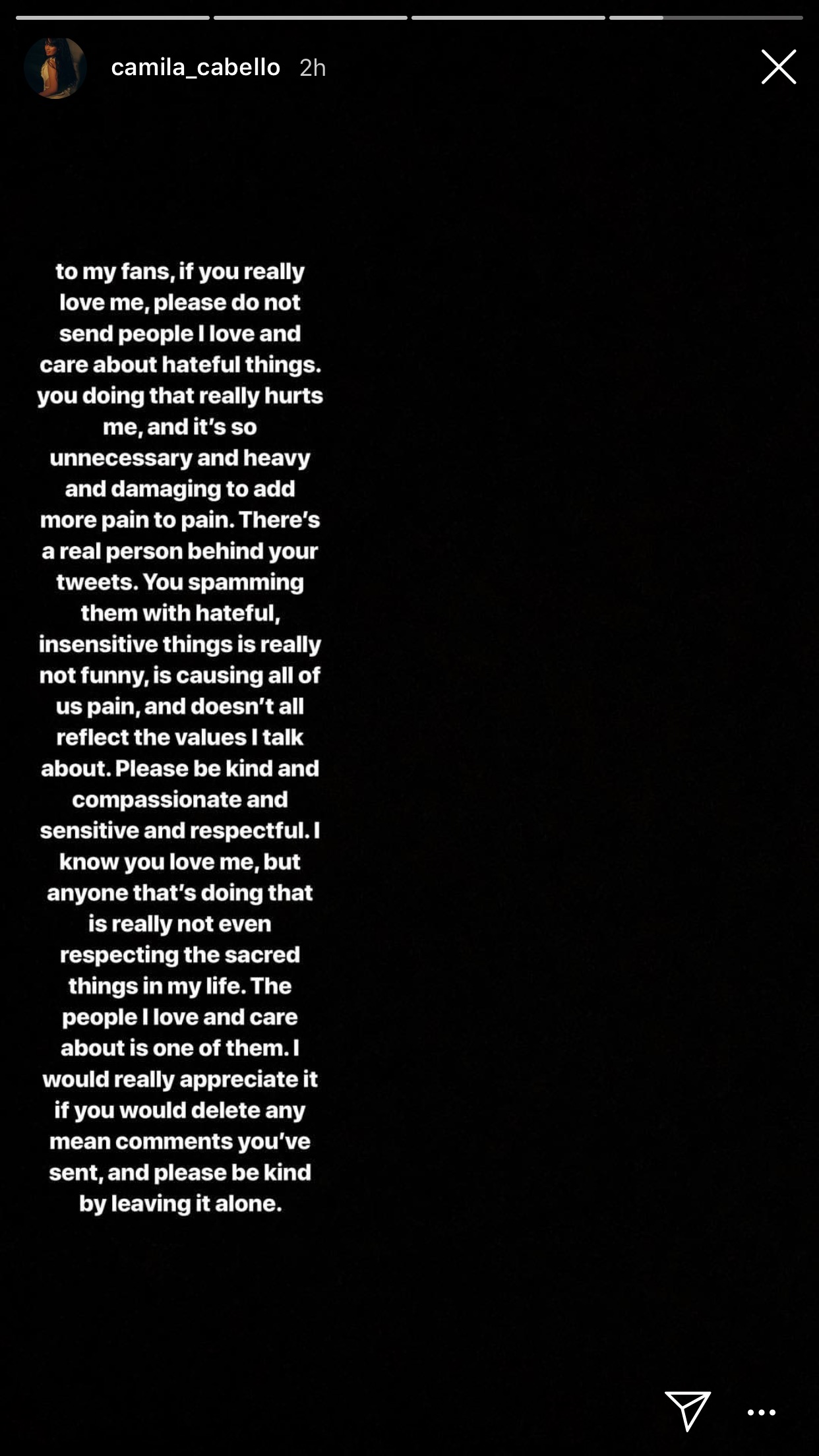 ET Canada has reached out to Cabello’s rep for comment.