As BTS is continues its plan of total world domination, the K-pop superstars have announced their next stop: Saudi Arabia.

On Sunday, BTS announced they’ll be performing at the 68,000-seat King Fahd International Stadium in Riyadh on October 11.

While ticket details have yet to be revealed, the group has already unveiled the official poster advertising the event. 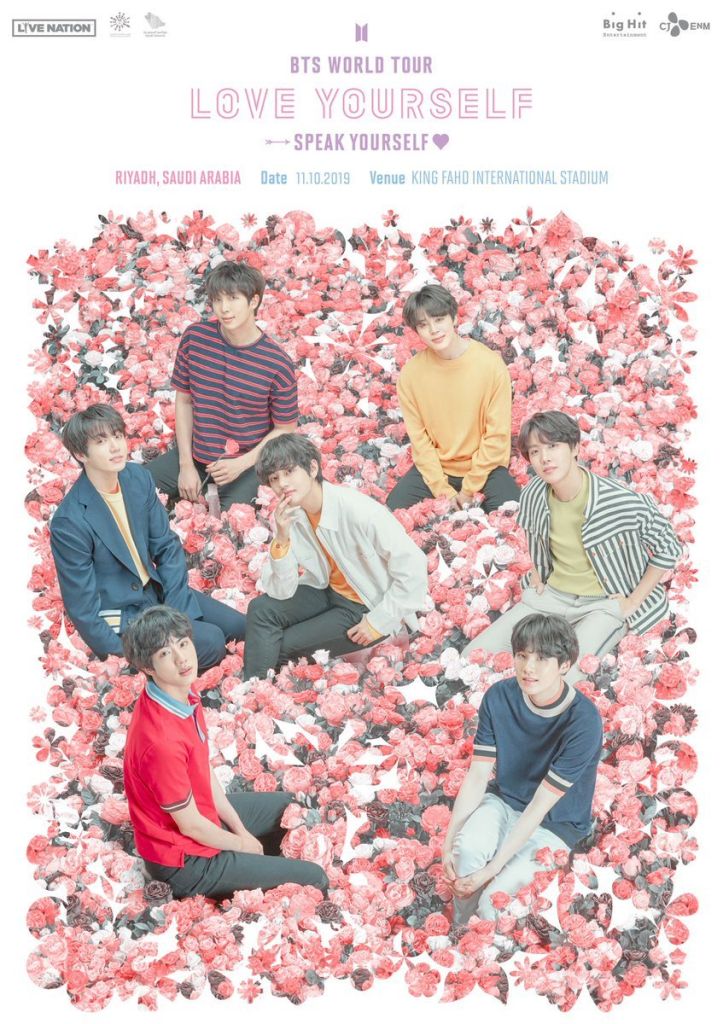 As expected, the group’s Saudi fans are over the moon that BTS will be performing in the kingdom.

i literally CANNOT process the fact that bts are coming here like NO! Bc i had NO hope that they're gonna ever come to saudi arabia LIKE CAN YALL BELEIVE BTS AND I WILL BE BREATHING THE SAME AIR????

Me trying to fit in a suitcase to go to Saudi Arabia too attend BTS stadium:#BTSinRIYADH pic.twitter.com/3RhCyaSDsg

Me after hearing that BTS are coming to Saudi Arabia 💃🏻😍🇸🇦💜#BTSinRIYADH pic.twitter.com/xonbpevlyK

MIDDLE EAST ARMYS ARE GETTING THEIR VERY OWN FIRST TOUR STOP IM SO SO HAPPY FOR YALL OH MY GOD BTS GOING ✈️ SAUDI ARABIA pic.twitter.com/S5e1xnjREH

However, others were quick to point out that Nicki Minaj recently cancelled a scheduled performance at a Saudi music festival after the Human Rights Foundation sent her a letter outlining Saudi Arabia’s dismal track record on human rights, explaining that “if you move forward with this performance for a festival sponsored by the Crown Prince, you will be in league with the people who respond to freedom of expression and thought with murder.”

I love BTS but this is not right. I feel for the fans but by performing in a country where women and lgbtq are segregated is just awful. Saudi Arabia will profit from the festival. Nicki Minaj took a stand and BTS should too.

since bts are performing in saudi arabia i feel like its the right moment to bring this video of bts praising muslim women pic.twitter.com/RaQ0NEuxmL