The fashion and beauty brand Dior is facing serious backlash after launching their latest ad campaign.

In another post, Dior paired photos of Canku Thomas with a longer explanation of the campaign, writing that it was “developed as a close collaboration between the House of Dior and Native American consultants from the 50-year old Indigenous advocacy organization, Americans for Indian Opportunity, in order to respect Indigenous cultures, values and heritage.”

Dior also shared a behind-the-scenes video of the creation of the campaign, featuring Johnny Depp, who is the face of the fragrance line. In the video, one of the Native American consultants on the campaign discusses the importance of avoiding cultural appropriation. 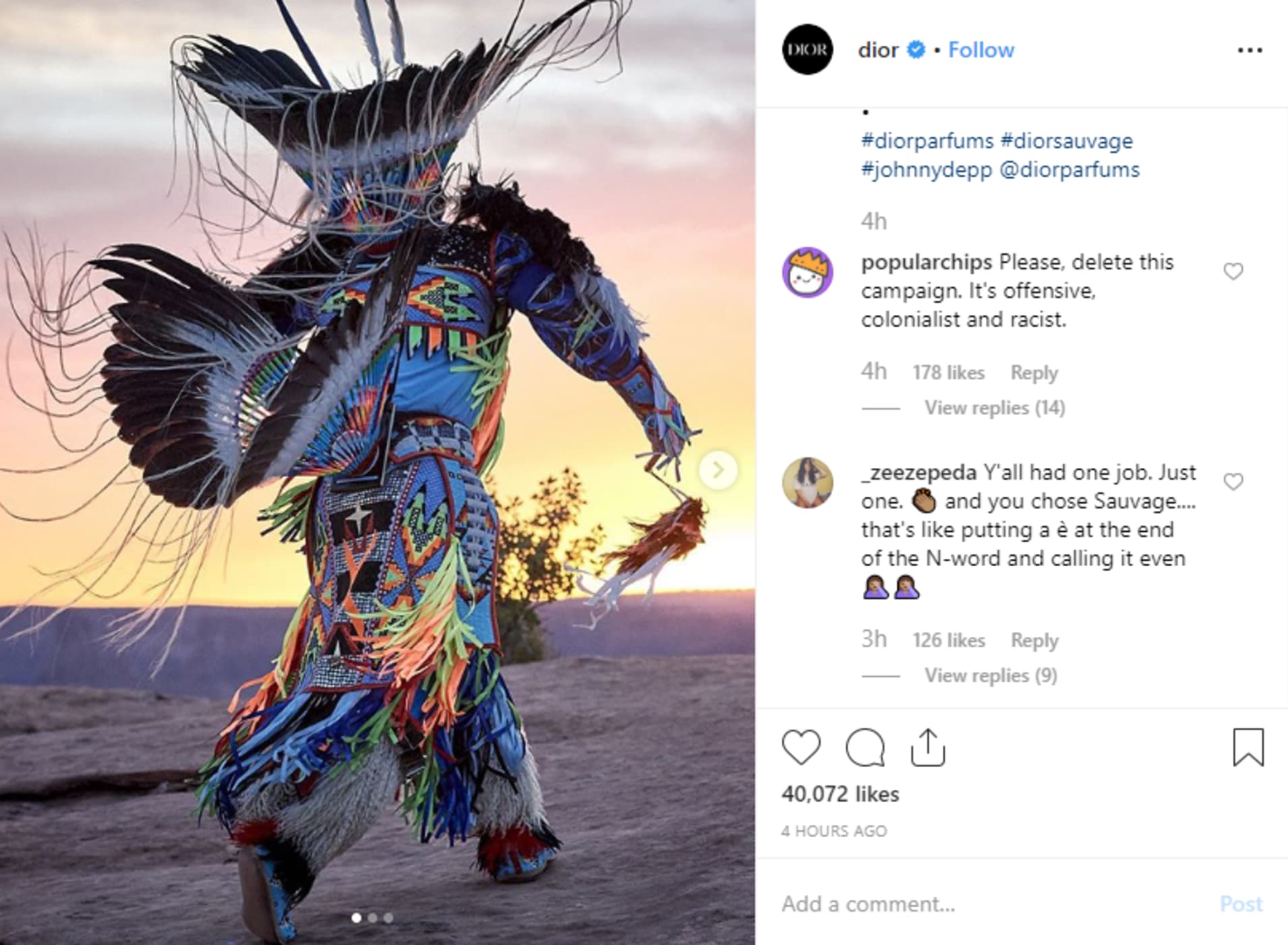 Despite their explanation, Dior faced immediate backlash on social media, with many accusing the brand of engaging in cultural appropriation.

Oh my god, Dior, what are you doing? Read the room, you colonialist clods.

Did you just see all the other old times racist trash floating around and think HEY MAYBE WE CAN GO, LIKE, ALL THE WAY WITH THIS THING AND PARTY LIKE IT’S 1899? https://t.co/pcYf4eEonm

Many also criticized actor Depp for his involvement in the campaign.

In summary: I’ve been on Johnny Depp’s case since at least 2012. He’s not Native, he’s not a friend to Indian Country. Dior has also been on the appropriation train since forever. Galliano literally put ghost dance designs on dresses: https://t.co/Nsqlp7v1rS

Dior collaborated with Americans for Indian Opportunity (AIO) to "ensure respect for indigenous cultures, values and heritage." AIO is run by LaDonna Harris, who adopted Johnny Depp into the Comanche Nation before he played Tonto in 2013's reboot of The Lone Ranger pic.twitter.com/uTGx0Er2gs

Cooooool, so you’re telling me that @Dior is profiting off Indigenous culture/imagery, and hired JOHNNY DEPP to star in the ad for a perfume called SAUVAGE?!

Dior is facing backlash for its “Sauvage” campaign, which involves Johnny Depp and offers an "authentic journey deep into the Native American soul in a sacred, founding and secular territory." https://t.co/bRQylalCnp

After all the backlash online, the social media accounts for Dior deleted all traces for the campaign. They have not released a statement at this time and it is unclear if the fragrance will still hit shelves.