To Paul Anka, Annette Funicello, who was one of his first crushes, will always be the “Princess of Afternoon TV.”; Someone he says “was just as sweet on and off camera,”; and that too is how many friends and fans remember their favorite Disney Mouseketeer, who passed away April 8th after a long battle with multiple sclerosis at age 70.

And in an interview with CBS This Morning the Canadian crooner recalls how she inspired his music. “It was a time of innocence, pop music was in its infancy stage,”; Ottawa-born Paul revealed. “We had Disney people around and we had managers and they didn’t want us to get serious – they kept harping at me that this was just a puppy love… and I wrote Puppy Love for her.”; 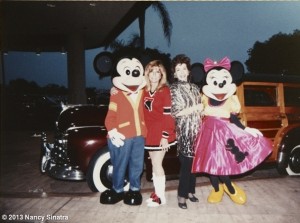 Meanwhile, one of Annette’s longtime collaborators, actor and singer Frankie Avalon – who shared the screen with the star in six Beach Party films in the ’60s and a series of reunion concerts in the ’80s – just released this statement: “We have lost one of America’s sweethearts for generations upon generations. I was fortunate enough to have been friends with Annette as well as appear in many films, TV and appearances with her. She will live forever. I will miss her and the world will miss her.”;

Nancy Sinatra Tweeted a picture of her and her longtime friend, with this caption: #Annette my buddy and me with two of our friends. I’ll miss you forever, Annie, and I wish you godspeed. Also sharing her picture with the TV legend, The Facts of Life and Survivor: Phillippines star Lisa Whelchel, who calls Annette “a sweet lady.”; 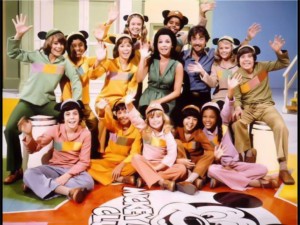 And fellow Mickey Mouse Club member,  Britney Spears, who shot to fame after the show’s revival in the ’90s tweeted this when she learned of the icon’s death: “Misheard a question I was asked earlier by press while I was out and about. I am DEVASTATED to hear about the passing of Annette Funicello,”; and soon after, Brit added: “She was a role model for me during my days as a Mousketeer. #Heartbroken.”;

Watch more of Paul Anka’s story of the couple’s puppy love in the video below.