Lisa Rinna is hitting back at haters who criticized her for posting a video of herself shaking and shimmying while wearing nothing but a skimpy bikini and a cowboy hat.

In a video the “Real Housewives of Beverly Hills” star posted to Instagram on Sunday, Rinna, 56, can be seen dancing along to Billie Eilish’s “Bad Guy”.

While some of her 2.1 million followers complemented her “slamming” body and groovy dance moves, not everyone responded positively, including shade-throwing comments such as these:

Rinna, however, had the perfect response: 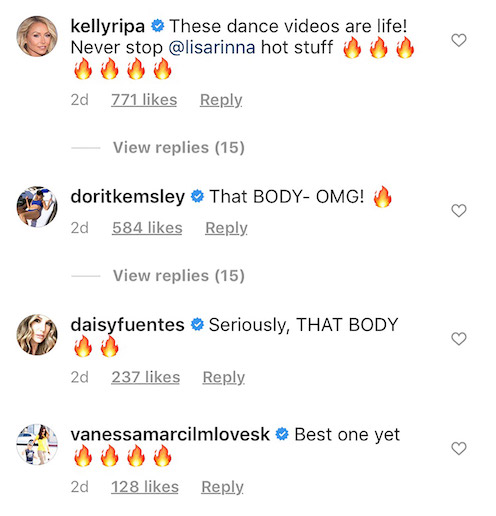