Jonathan Van Ness is the subject of a new profile in the New York Times, and the “Queer Eye” star admits he’s apprehensive about the upcoming release of his revealing memoir, Over the Top.

“I’ve had nightmares every night for the past three months because I’m scared to be this vulnerable with people,” Van Ness, 32, tells the Times.

“It’s hard for me to be as open as I want to be when there are certain things I haven’t shared publicly,” he says of the upcoming book. “These are issues that need to be talked about.” 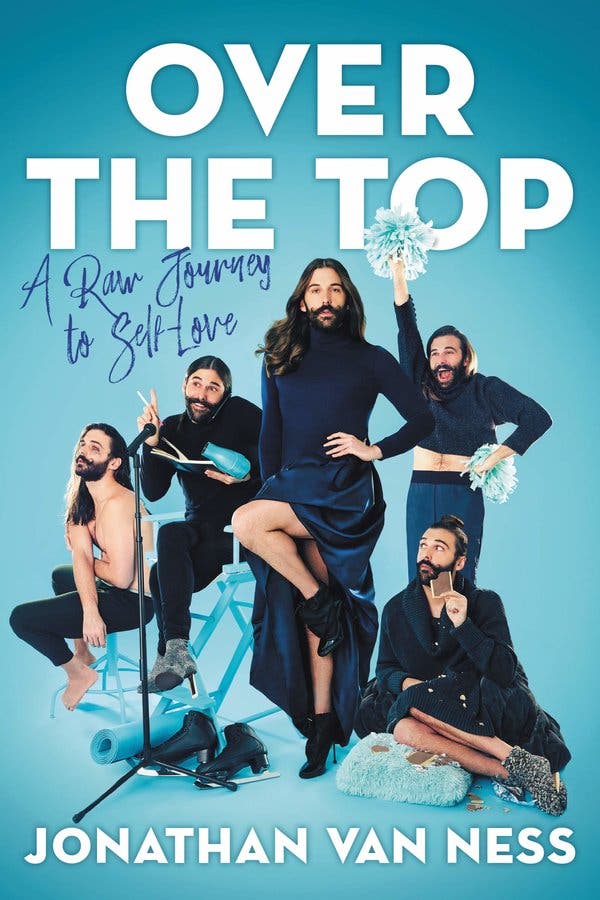 RELATED: Sophie Turner And Jonathan Van Ness Freak Out Over Meeting One Another Backstage At The VMAs

Chief among these is the revelation that he’s HIV-positive, explaining that he learned the diagnosis when he was 25 after he fainted while working in a beauty salon and went to a clinic to see a doctor about the flu-like symptoms he’d been experiencing.

“That day was just as devastating as you would think it would be,” he writes of receiving the diagnosis.

Despite his apprehension, Van Ness says he feels it’s important to dispel misconceptions about being HIV-positive, describing himself as healthy and a “member of the beautiful HIV-positive community.”

He explains why he’s kept that information secret until now: “When ‘Queer Eye’ came out, it was really difficult because I was like, ‘Do I want to talk about my status?’ And then I was like, ‘The Trump administration has done everything they can do to have the stigmatization of the LGBT community thrive around me.’ I do feel the need to talk about this.”

After his candid confession, stars flooded social media with support for Van Ness.

His co-stars were among the first to speak out.

“Love you proud of you ❤️,” Antoni Porowski commented, while Tan France added, “LOVE YOU, JACKI.”

Bobby Berk expressed how proud he is, “Love you baby boy.”

Check out more reactions below:

As someone living with HIV, it takes a lot of courage to disclose your status in the public eye. I hope this story helps fight the stigma many face.

You are LOVED and APPRECIATED ⁦@jvn⁩! Thank you for your vulnerability. I stand in awe. Inspired. ✊🏽❤️🖖🏽🏳️‍🌈https://t.co/eRHI9KdP3O

“This was so incredible to wake up to and read. Thank you for sharing your story. You are making so many feel less alone,” model Hunter McGrady wrote on Instagram, while Eric Rutherford added, “With grace, [humour], and honesty, you are stepping into a light even brighter than before, filled w your joy, strength & experience ❤️😘 @jvn Here for you! xxxo.”

Sophia Bush said, “Just adore you. Fully and completely. We’re all lucky to have you.”

Figure skater Michelle Kwan also wrote, “You are amazing. So proud of you. Looking forward to seeing you later this week.”

Over the Top hits bookstores on Tuesday, Sept. 24.