Posing on one cover with Robbie are hairstylist Bryce Scarlett and makeup artist Pati Dubroff, who discuss creating a “polished and completely effortless” beauty style for the Chanel fragrance ambassador, whose “Bombshell”  looks will be “quite different” from her “Birds of Prey” press tour, according to Dubroff.

“The need for a full-coverage look is declining,” adds Dubroff regarding new beauty trends. “It’s empowering not to feel like one needs to mask who they are.”

Joining Zendaya on another cover are hairstylist Ursula Stephen and makeup artist Sheika Daley, who recall their top red carpet look with the “Euphoria” star.

Looking back at Zendaya’s “Cinderella” moment in a lit-up Tommy Hilfiger gown at the 2019 Met Gala, Daley recalls the star’s stylist Law Roach wanting to “embody the whole look from the movie, from the dress to the hair to the makeup” to mark Zendaya’s “transition from childhood life to her adulthood.”

Referencing the moment, Zendaya describes the look as “a fairy-tale ending” to her days as a child star on Disney. 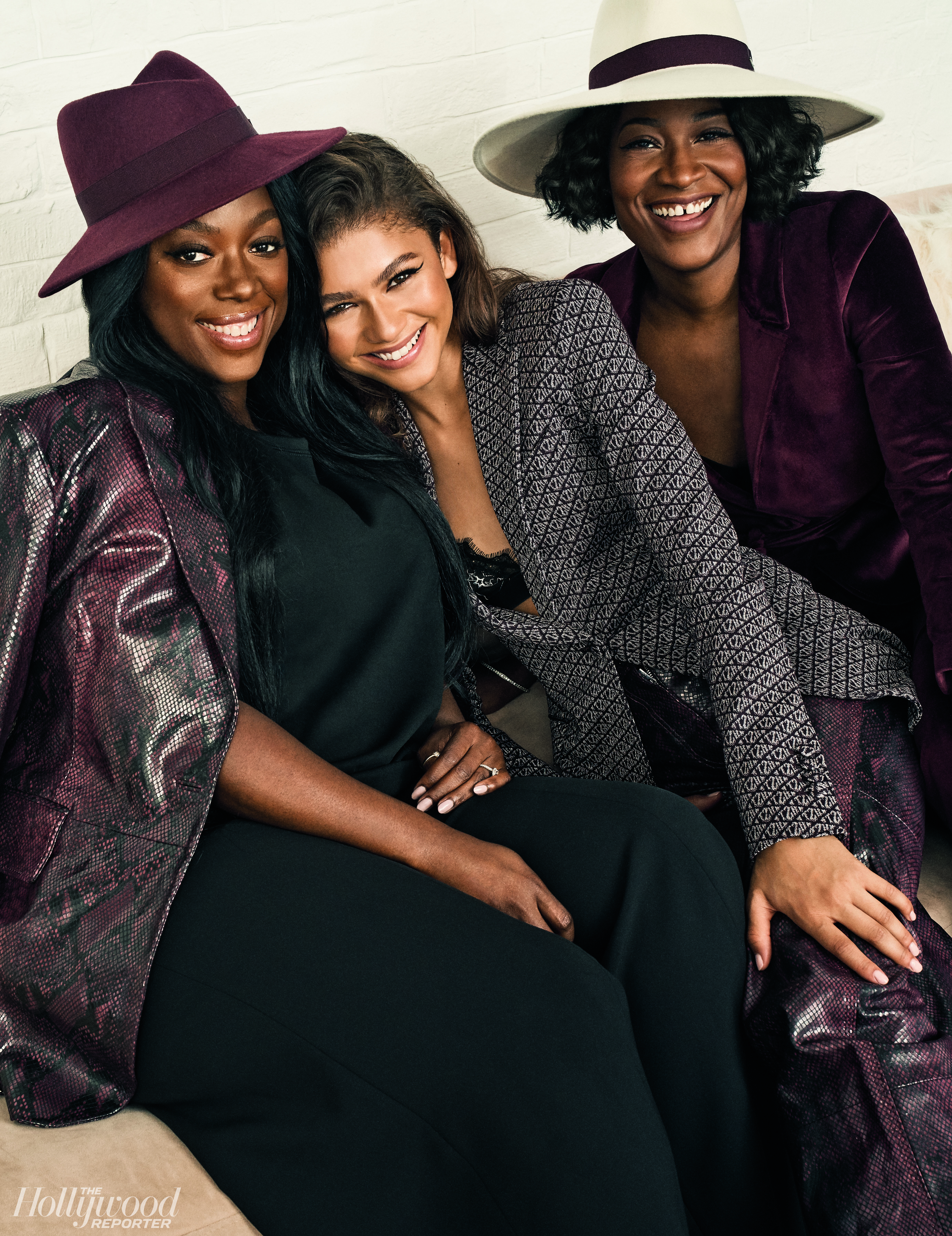 Talking about upcoming looks for “The Marvelous Mrs. Maisel” star Rachel Brosnahan, makeup artist Lisa Aharon says she would like “to play with glitter or sequins”, while hairstylist Owen Gould tells THR that he “would love to do a sleek bob” because of Brosnahan’s “classic features.”