Justin Bieber is getting nostalgic ahead of his and Hailey Bieber‘s second wedding.

The “As Long As You Love Me” singer took to Instagram on Friday to share a super sweet throwback photo of him and his wife from when they were teenagers. The pic shows a shaggy-haired Justin with a white t-shirt, while Hailey smiles next to him and holds up a peace sign.

“My wife and I :) where it all began,” the 25-year-old singer captioned the cute snap.

The photo also caught the attention of Justin’s mom, Patty Mallette, who wrote: “Oh my heart 😍 How adorable!”

My wife and I :) where it all began 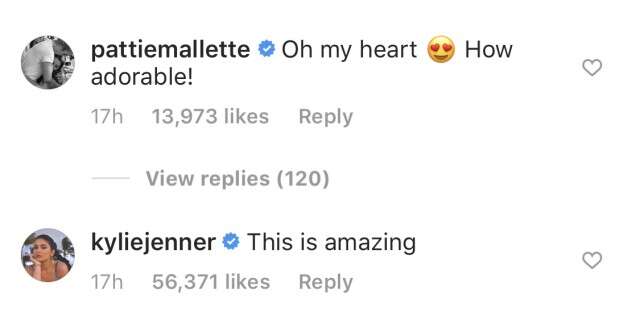 Hailey has previously opened up about how, when she was younger, she was a huge Justin fan. She and her father, Stephen Baldwin, even attended the “Never Say Never” premiere in NYC back in 2011.

Justin and Hailey got married at a New York City courthouse last September. Now a year later, the pair is getting ready for another intimate celebration with their friends and family.

A source previously told ET that the “Sorry” singer and the 22-year-old model are “gearing up for the event of their lives,” when they tie the knot in South Carolina.

“They wanted to celebrate their love and unity in front of the people they love, especially God,” the source added.

Another source added to People that the two are just “two kids who are crazy in love.”

“Despite some hard days, they really are two kids who are crazy in love,” they said. “Hailey has a sweet, pure heart and her life is simple and uncomplicated.”

The source added, “That’s something Justin has craved for a long time whether he knew it or not. Hailey brings stability to his world, and she truly just wants to build a loving, happy home and family with Justin.”

Earlier this week, Hailey had a fun-filled bachelorette party with Kendall Jenner and more friends. Justin, on his end, joked with fans about letting them pick his tuxedo for his special day.

For more on their upcoming celebrations, watch the video above.

Justin Bieber Asks for Fans’ Input on His Wedding Tuxedo — See the Options!

Justin and Hailey Bieber Wedding: Everything to Know About Their Second Ceremony