Robert De Niro and Al Pacino aren’t holding anything back.

The legendary actors are on the cover of the new Variety; inside they discuss everything from their new film “The Irishman” to the assassination of John F. Kennedy.

When the assassination comes up, De Niro casts doubt on the official story surrounding the gunman. 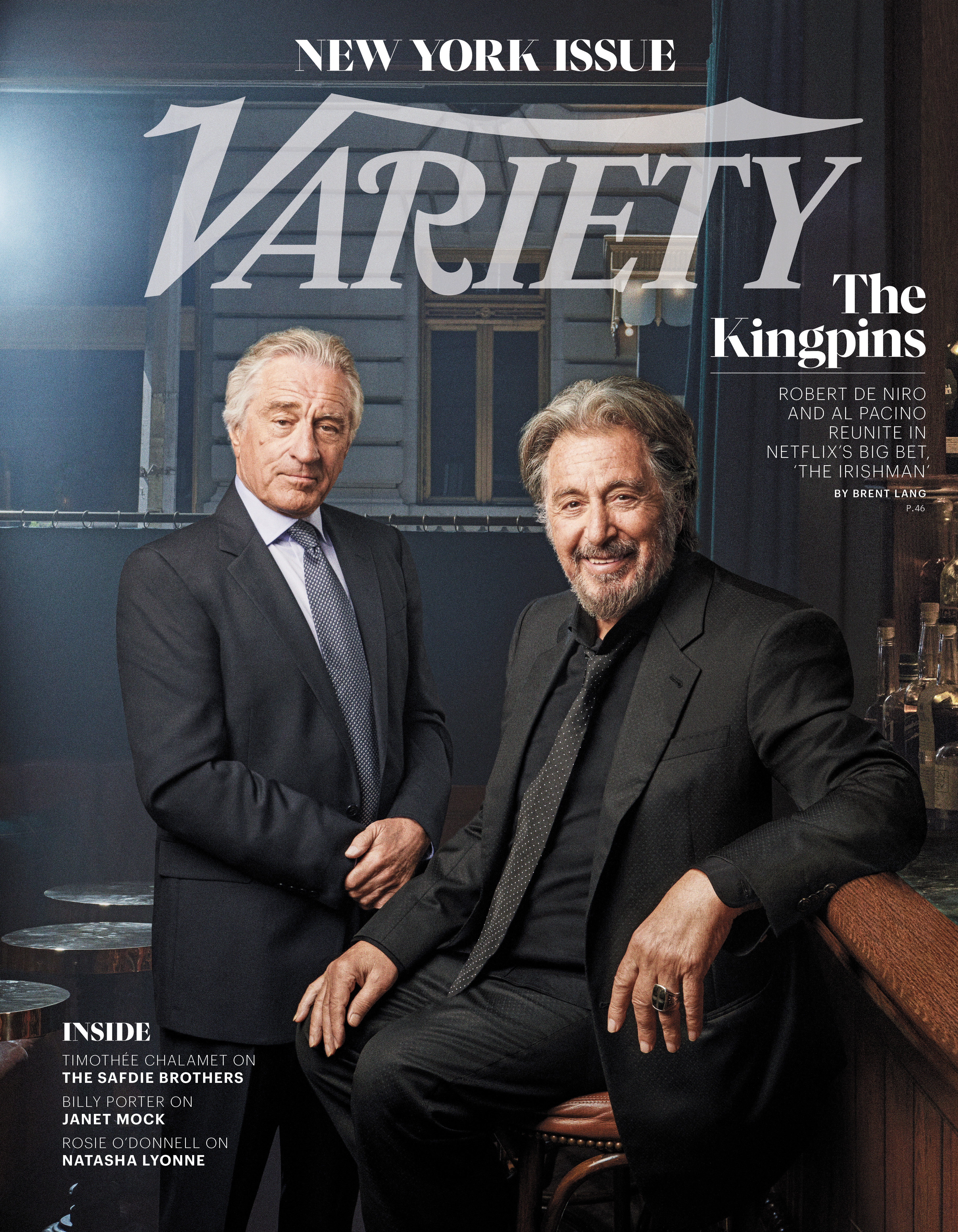 “We don’t know,” he says. “I never felt that the mob had anything to do with the Kennedy assassination, but now, in hindsight, I start thinking maybe there is something more to it.”

“This is absolute nonsense. It’s bulls**t. This guy is afraid to defy the NRA. He calls Washington a swamp because all he knows is a swamp,” the actor says. “He’s a classic hustler and a scam artist. He has no morals. No ethics. If people don’t wake up and he gets re-elected, it’s going to be very, very bad. Anybody who feels that way should say it. If you wait to say something, before you know it the dictators and despots come to power.

De Niro also recalls the premiere for the last film he starred in opposite Pacino, 2008’s “Righteous Kill”.

“I said, ‘This is a great [fan] reaction, but it would be nice if they were here for a movie that we really feel proud about. Next time we’ll do one we like.’”

Pacino recalls the first time they met: “There was something about [De Niro]. He had a certain charisma. He had that look. I thought, ‘That kid’s gonna go far.’”

As for “The Irishman”, Pacino talks about director Martin Scorsese’s difficulties getting the film off the ground.

“I didn’t think it was going to get made,” he says. “At some point, I sort of thought, ‘Well, that was a good idea, but a lot of those come along and never happen.’”

“The Irishman” will open in limited theatres on Nov. 1 before premiering on Netflix Nov. 27.