You know that Halloween is just around the corner when new music from Marilyn Manson arrives.

On Thursday he dropped a new single and accompanying video, chock-full of the kind of creepy imagery we’ve come to expect from the notorious shock-rocker.

In the black-and-white video for “God’s Gonna Cut You Down”, Manson, 50, is seen inside a dilapidated motel room, at various times cradling a guitar and a shotgun, intercut with visuals of a field of crosses and a tree festooned with numerous nooses.

At some parts of the video — directed by Tim Mattia — Manson resembles a tent-show preacher, while at other points he’s dragging a corpse wrapped in a blood-spattered sheet off the back of a pickup truck and into a freshly dug grave. 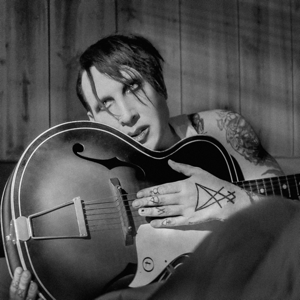 As Rolling Stone points out, “God’s Gonna Cut You Down” is hardly a new song; a dire warning that sinners won’t escape the judgment of the Almighty, the traditional folk tune was recorded by Odetta in 1957, and subsequently covered by such artists as Johnny Cash and Elvis Presley — and even sampled by Moby.

For his version, Manson worked with producer Tyler Bates, who helmed his previous two albums, 2015’s The Pale Emperor and 2017’s Heaven Upside Down. 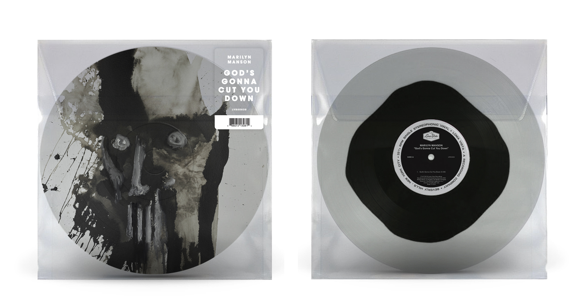 The new track is being released as a standalone vinyl single and digital single to coincide with Manson’s brief eight-stop fall tour in late October and early November; sadly for Canadian fans, there are no dates scheduled on our side of the border.