Bella Hadid is the new face of the Michael Kors 2019 holiday campaign.

RELATED: Bella Hadid Is The World’s Most Beautiful Woman According To Science

The photo of the models shows off the fashion line in a bright and cheerful way, as Hadid strikes a pose in a figure-hugging bodysuit, two bright yellow purses and a puffer jacket tied around her waist. 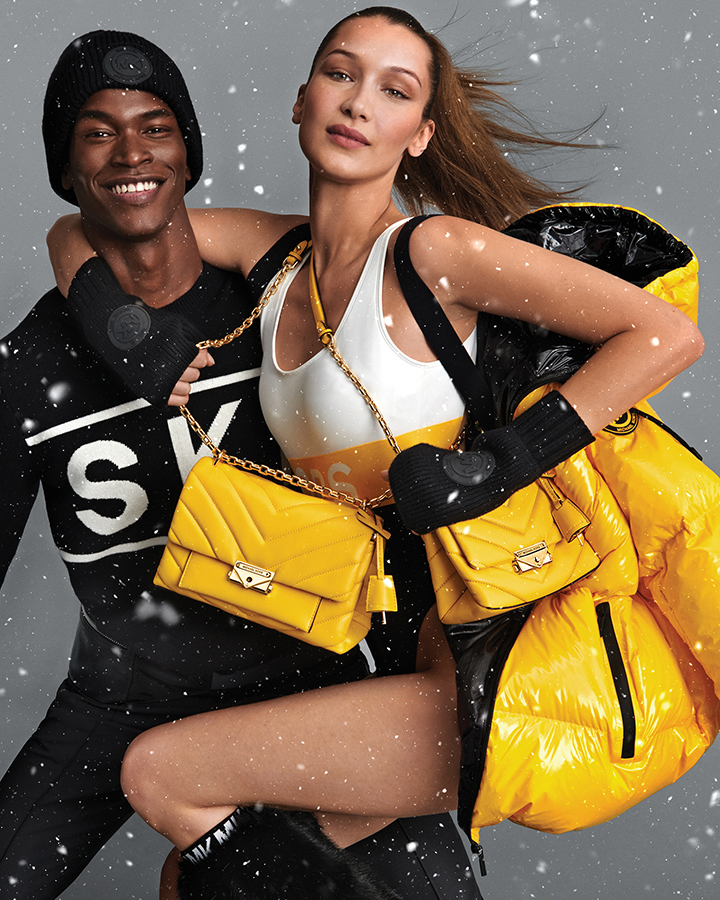 In a video ad for the campaign, Hadid, Diaz and Austin Auggie frolic in the fake snow while showing off the #MKGO sea and ski capsule in adorable turtlenecks, chunky boots and an official Michael Kors snowboard.

Kors describes the perfect collection “to take you from the sand to the slopes” while offering “everything from bright puffer coats and ski knits to sleek swimsuits.”

#MKGO sea and ski capsule is expected to drop later this year.