The “Game of Thrones” #CoffeeCupGate scandal has had fans all abuzz ever since sharp-eyed viewers noticed a Starbucks coffee cup placed on a table during a scene in the HBO hit’s final season.

While several of the show’s stars have pointed fingers at various cast members, it hadn’t been ascertained who was actually responsible for leaving their caramel macchiato or double-shot latte on the table during a pivotal scene. 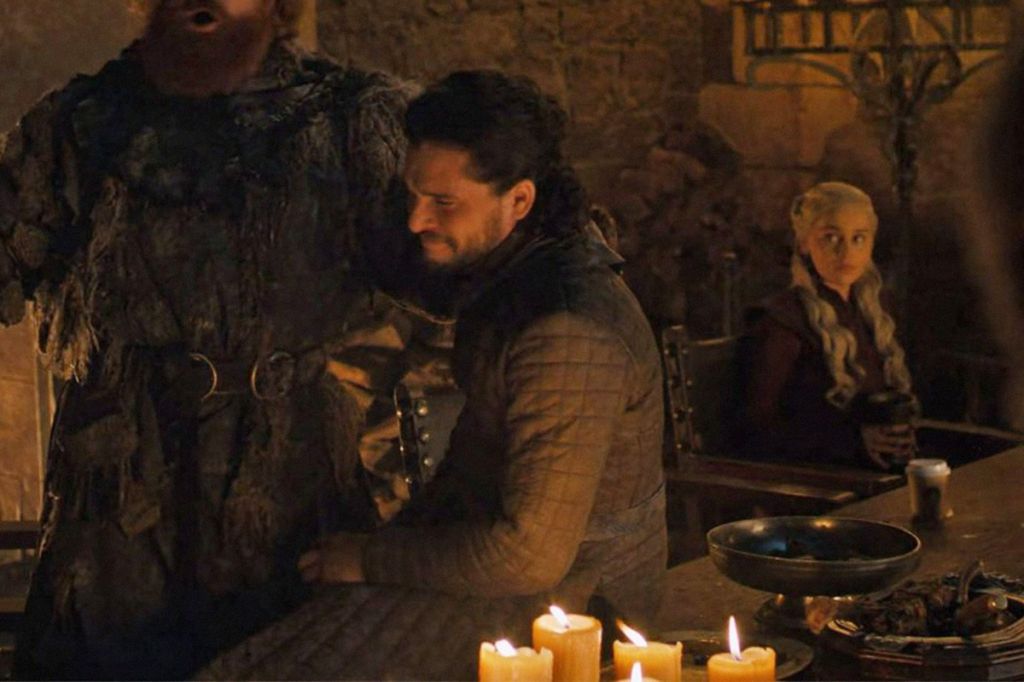 Sophie Turner (Sansa Stark) previously implied that Emilia Clarke (Daenerys Targaryen) was to blame for the errant coffee cup, as the cup was sitting right next to her, but Clarke is now refuting that claim, and offers what she believes to be proof of the true perpetrator.

RELATED: ‘Game Of Thrones’ Fans Spot A Coffee Cup In A Scene With Daenerys Targaryen — See The Hilarious Tweets And HBO’s Response

During her Wednesday night appearance on “The Tonight Show Starring Jimmy Fallon”, the 33-year-old actress dropped a dime to reveal the identity of the coffee-loving culprit.

However, Clarke admits that Hill’s confession might not hold up in court. “He might have been drunk, but he said it.”