Kim Kardashian has picked one of the hardest times to lose weight– the holiday season.

The “Keeping Up With The Kardashians” star turned to her Instagram stories on Saturday night where she admitted that over the past year she has gained 18 pounds but has decided to do something about it.

“OK, so we’re doing a night workout before my dinner, which I never do with this one, but I figured we have to get into it at some point,” Kardashian said as she went off to train with Melissa Alcantara. “And yeah, I mean, sometimes we all off and sometimes you really gotta get it together and this is one of my fallen off times where I am, I think, 18 pounds up from what I was about a year ago, a year and a half ago.”

“To feel good, I just want to get it like, a really good goal weight and so that means working out at all costs,” she said. “It’s my eating. I work out but it’s like my eating. But Melissa and I have a major goal for by the time I’m 40.”

Kardashian, who just turned 39, was back in the gym by Sunday morning. 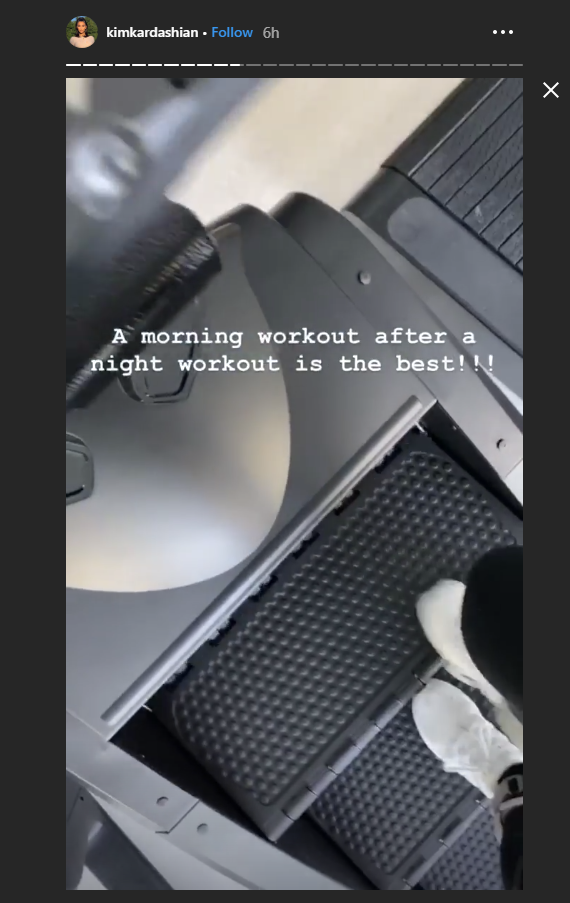 Last year the reality star was in the middle of a controversy about her weight when she admitted to being 5’3″ and 119 pounds. Her family was concerned about her being so skinny and her fans were upset at her insensitivity towards people who have eating disorders.